From corkscrew vaginas to sperm storage, here are lady (animals) in control when it comes to having babies. 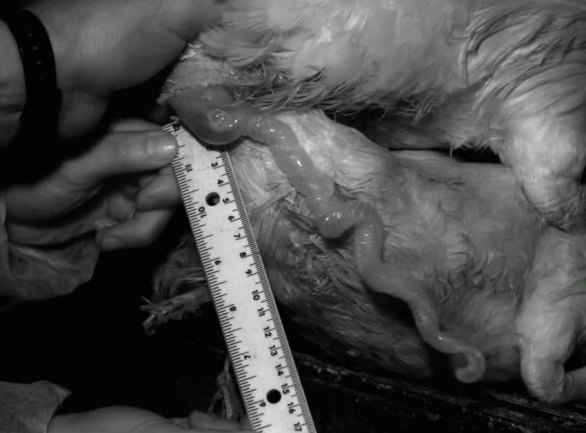 Little did he know it, but when biology-challenged Congressman Todd Akin recently claimed that women rarely get pregnant from rape, he accidentally stumbled into interesting science. Namely, duck sex. Female ducks actually do have ways to "shut the whole thing down" during forced matings. It's one of the many surprising ways female animals have control over their own reproduction.

Sexual reproduction in the animal kingdom is often a tenuous alliance between male and female. Both parents want (in an evolutionary sense) to pass on their genes, but that's all they really agree on. Females of most species invest more energy in caring for babies, so they are more picky about when and with whom they mate. To get their wishes, males sometimes turn to strategies like forced matings or "traumatic insemination" (read on...), but their female counterparts have quite a few reproductive tricks up their hoo-hahs too.

Unlike most birds, male ducks have penises. And not just your garden-variety penises: corkscrew-shaped phalluses that are over a foot long and capable of "explosive eversion" (watch the videos on this Carl Zimmer blog post if the term isn't evocative enough). They often use these large penises to forcibly mate with unwilling females.

Both sides have evolved some pretty bizarre anatomy in this evolutionary battle of the sexes.

Female ducks may not be able to fight off aggressive males, but they do have ways of keeping out their sperm. Unlike nearly any other species on the planet, female ducks have exceedingly complicated vaginas to keep unwanted phalluses out. And while the males penises spiral counterclockwise, the females' vaginas wind clockwise, making it harder for the males to get in a significant distance. What's more, female ducks have anatomical blind alleys in their vaginas: Unwanted males that can't get very far in end up ejaculating into shallow pouches that keep sperm far away from any eggs. A willing female, on the other hand, can relax her muscles to let the male further in, increasing the chances of conception.

Female ducks are doing something right: While a third of duck sex is the forced kind, only 3% of all offspring are born out of these matings. 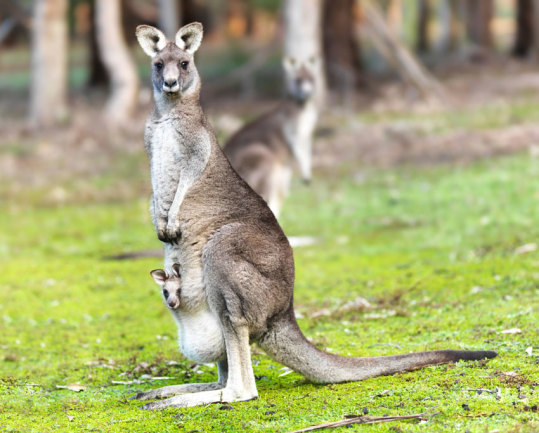 There are up to three kangaroo babies in this tableau: the "young-at-foot" hopping out in front, another joey hidden inside its mother's pouch, and a third--a tiny embryo--lurking in the womb. Female kangaroos, you see, are permanently pregnant, but they can halt development of embryos through a strategy called diapause.

Although joeys can be born after less than a month of gestation, they spend nearly eight more months suckling on a teat in their mother's pouch. The female red kangaroo can mate and become pregnant again during this time, but the new embryo will grow no larger than a clump of 70 to 100 cells. When the nursing joey reaches 200 days old, development of the embryo restarts; a day before birth, the mother kicks the older joey of out her pouch to make space for its younger sibling.

But the new young-at-foot isn't quite gone yet. It sticks around and continues nursing up to one year of age. Female kangaroos' teats produce different types of milk tailored to the different nutritional needs of a joey in the pouch and at-foot. 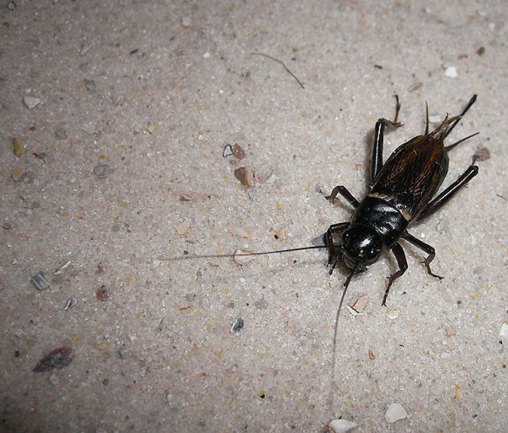 A human who wants to store sperm to use it another day would need a trip to the cryogenic sperm bank, but a number of female animals can pull off the same feat without a deep freezer. It's a common strategy taken to different lengths by queen ants (30 years), snakes (seven years), chickens (30 days), and bats (six months), to name just a few. In comparison, human sperm survives in a woman's upper genital tract for a mere 3 to 5 days.

Crickets have one of the better-studied mechanisms of storage: A biomechanical trick in the female cricket's sperm storage organ somehow slows down sperm metabolism, extending their viability to several weeks. A study earlier this year found that sperm stored in female crickets have fewer free radicals, hydrogen-hungry molecules that cause cell damage. Free radicals are a normal byproduct of metabolism, but their accumulation may be a molecular cause for aging. By keeping sperm around for longer, a female can mate once, and then fertilize her eggs and give birth at her convenience. 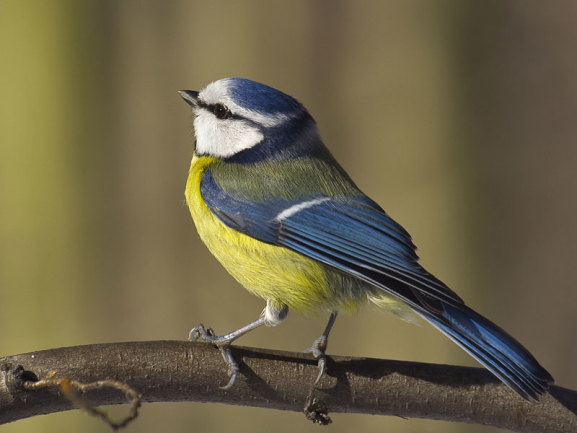 Due to a chromosomal quirk, female birds may have special control over the sex of their offspring. Female birds have the one Z chromosome and one W chromosome, while males have 2 Z's, which means a chick always inherits a Z from its father and either a Z or a W from its mother. For birds, the sex chromosome passed mother determines the sex of the offspring, the reverse of how it works in all mammals. (In case you're wondering, the "male" designation always goes to the sex that makes sperm, or the smaller gamete.) So by preferentially keeping eggs with either a Z or W chromosome, female birds can bias the offspring sex ratio.

When a female blue tit mates with a high-quality male, for example, she tends to have more male offspring. High-quality males can pass on their desirable traits, like good singing ability, to their sons. This becomes particularly important because a high-quality son will mate with many females, so the best way for a female to insure her own genes will spread is to hitch them to the desirable genes of a high quality male. 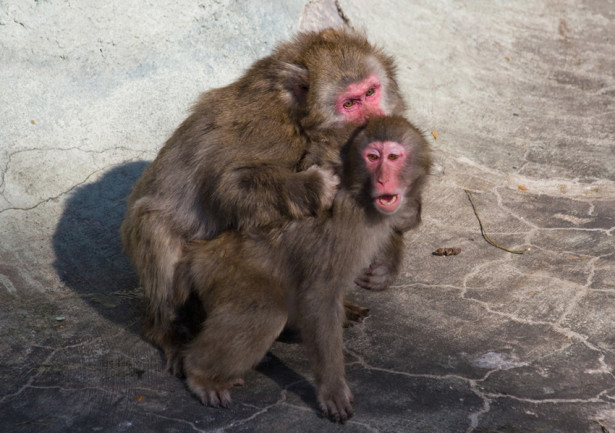 Female primates, and only females, are known for especially loud noises during sex. Scientists have long speculated that these "female copulatory calls" aren't just a pointless quirk--they might have an evolutionary function.

Female primates aren't just overcome with passion, according to this hypothesis--they're telling all the other males nearby what they're up to. Attracting more mates during copulation is a way of inciting male-male competition, so that she's more likely to find a high-quality mate.

Moreover, by mating with multiple males, some researchers have argued, paternity becomes confused. That may not sound obviously desirable, but it decreases infanticide by males: Male primates are less likely kill young they did not father if they can't tell which babies are theirs.

One other idea for why female primates (potentially including humans) vocalize during sex: to get their mates to climax faster. In either case, it seems to be a way for the female to assert reproductive control. 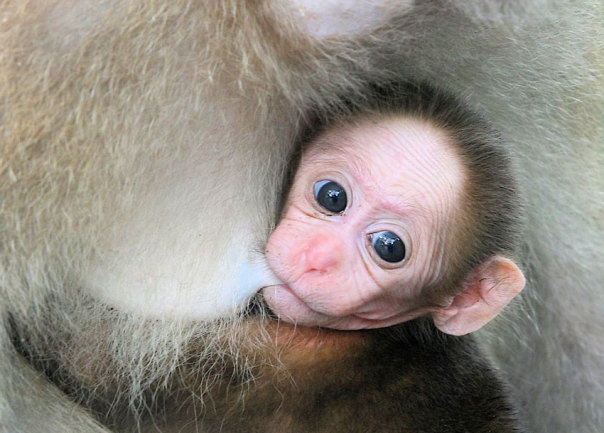 In the simple view of inheritance, it doesn't matter whether a gene comes from your mother or your father. But in real life, it does matter--especially in mammals. Genomic imprinting means that some genes are silenced if inherited from one parent but not the other.

From placenta to milk, baby mammals are especially good at extracting nutrients from their mothers. For a male fathering children with many mates, it's in the interest of his genes that the baby suck as much out of the mother as it can. Mothers, on the other hand, want to save resources for their future offspring. Genes are often imprinted according to these battle lines.

Take, for example, insulin-like growth factor 2 (Igf2) and its receptor (Igf2r) in mice. Igf2 promotes growth of the fetus, while Igf2r restricts growth by binding and inactivating Igf2. In order to limit how much the fetus can draw from its mother, the maternal version of Igf2 is silenced, while Igf2r is activated. For the father, who "wants" the fetus to grow as big as possible, the situation is exactly reversed (Igf2 activated; Igf2r silenced). Several other genes that control embryo growth and suckling behavior follow this same pattern.

Genomic imprinting is epigenetic, meaning that the underlying DNA sequence doesn't change. Instead, specially placed methyl groups--a carbon atom surrounded by three hydrogens--turn a gene on or off. Methylation and thus imprinting generally reset in each generation, so that an imprinted gene can be active in a man's daughter but then inactive in her offspring. 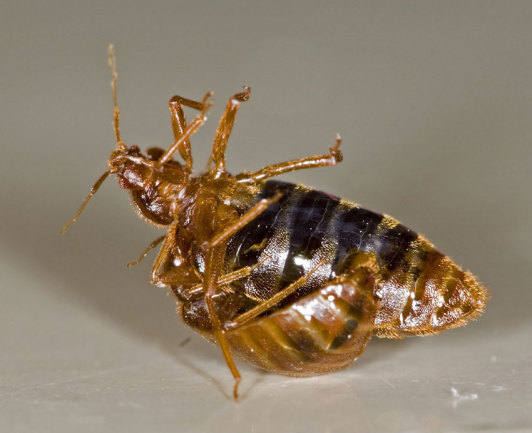 Female bed bugs have perfectly intact and straightforward reproductive tracts, but male bedbugs aren't into that. No, they opt instead for traumatic insemination, which is just as grisly as it sounds. The male's needle-like paramere--the bug equivalent of a penis--pierces the female's body, and he ejaculates directly into her abdominal cavity. For obvious reasons, traumatic insemination is not so great for the female bedbug; one estimate says it cuts their lifespan by a quarter.

Female bedbugs haven't exactly fought back, but they have, in a way, adapted to the trauma of bedbug sex. Off to one side of her abdomen is a small pale groove called the spermalege (photo). If the female is pierced in the spermalege, specialized tissue helps the wound heal and scar. Scientists have suggested the specialized organ evolved to prevent post-insemination infection, especially important since blood-sucking bedbugs don't live in the cleanest of habitats. 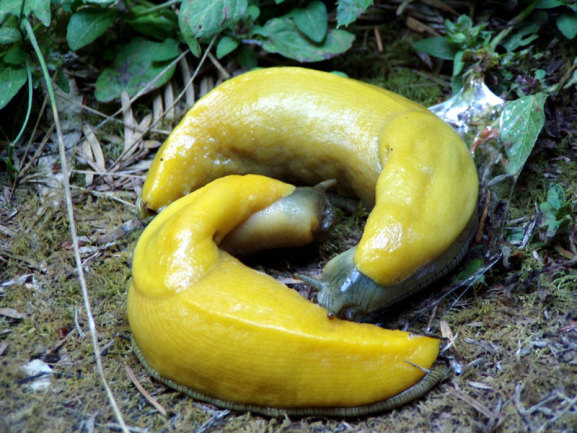 As hermaphrodites, banana slugs having sex gets a little complicated. Both parties have penises--large, body-length penises--that have to be inserted into each other's female tract. And then things can get a little sticky. Sometimes, it seems that one banana slug is stuck in the other, so it chews off the other guy/gal's stuck penis (video) before they can go their separate ways. That's one theory.

Apophallation, or amputation of the penis, is still a somewhat mysterious behavior in banana slugs. An alternative theory suggests they're not stuck at all: it's plain old selfish behavior explained by sperm competition. By chewing off the other slug's penis, the chewer insures that its partner is unlikely to mate again. (Sure, the once-hermaphrodite chewee slug can still mate as a female, but a banana slug missing half its sexual organs is less desirable.) That ensures that all of the chewee's eggs were fertilized by chewer, who is free to mate with more slugs and spread its sperm farther and wider. 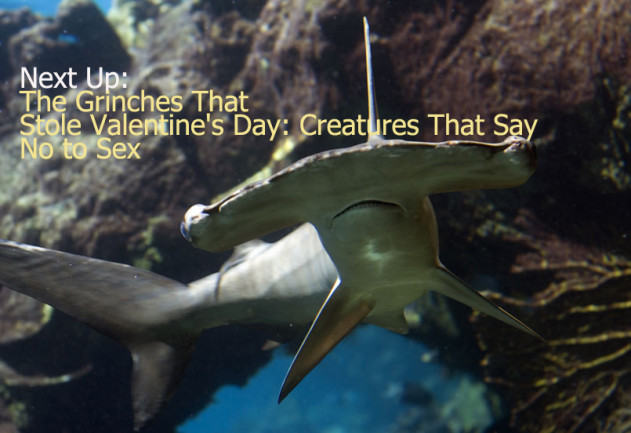