Neanderthals were a sophisticated bunch, according to new research. 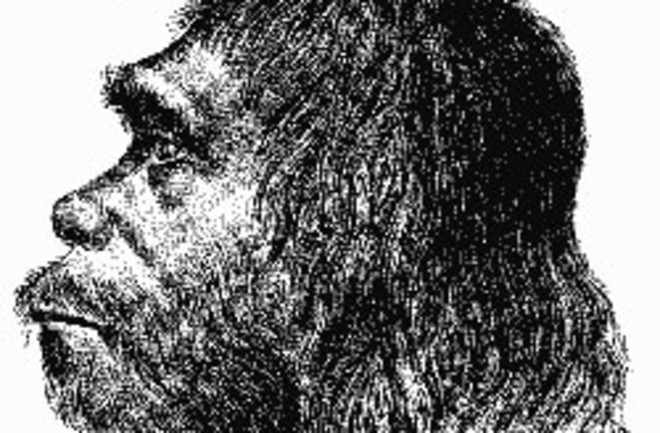 Forget what you know about simpleminded cavemen. Scientists have discovered that Neanderthal diets were sophisticated, their tools efficient, and their development more similar to ours than researchers ever imagined.

Neanderthals are widely viewed as big-game-hunting carnivores who lacked the culinary expertise of modern humans. Now researchers working at two sites on Gibraltar have discovered that Neanderthals were in fact skillfully exploiting the diverse dietary riches of their coastal environment around 40,000 years ago—some 10,000 years before the ancestors of modern humans ever set foot on the peninsula.

A study published in September in Proceedings of the National Academy of Sciences [subscription required] shows that Neanderthals ate seals, dolphins, and fish. They also cooked mussels from the rivers on their hearths and heated the long bones of monk seals to get at the marrow inside.

A separate study also revealed Neanderthals as surprisingly gifted toolmakers. Neanderthal flint knives are stout and wide, and at first glance they appear to be less efficiently crafted than the slender tools of our early modern human ancestors. In October in the Journal of Human Evolution, Metin Eren, a graduate student at the University of Exeter in England and Southern Methodist University in Dallas, appraised the qualities of flint knives he had re-created in the styles of both Neanderthals and Cro-Magnons, the early modern humans of Europe. While the cutting edges of both tool types were razor sharp, the heftier Neanderthal tools not only lasted longer but wasted less rock in their production? “What we’re showing is that in many ways, Neanderthals were just as smart or just as good as us,” Eren says.

It turns out that their brains developed somewhat differently from those of modern humans, however, both in size and in speed of growth. Researchers knew that Neanderthal brains reached full size between the ages of 6 and 8 years and that they were about 10 percent larger than the brains of modern humans. But they didn’t know the size of the Neanderthal brain at birth. In September a team of scientists, including Swiss anthropologist Christoph Zollikofer, filled in that piece of the puzzle, analyzing the skulls of a Neanderthal newborn and two toddlers along with the pelvis of a mature woman. They concluded that Neanderthal babies had brains as big as those of modern babies. “Basically we found that the Neanderthal brain takes the same time [to reach full size], but it grows faster,” Zollikofer says.

That large, faster-growing brain came with a price tag. Neanderthal mothers probably needed to dedicate more resources—food and maternal care—to their infants than modern humans do. From this study [subscription required], Zollikofer concludes that Neanderthal mothers may have had their first child, on average, when they were a year or two older than modern humans and that their time between pregnancies was probably longer. Among hominids, that brain-nurturing pattern of development was supposed to be unique to our lineage. “Now we can say Neanderthal life was basically much the same as ours,” Zollikofer says.

However much Neanderthals were like us, though, their genes reveal an ancient divergence from our forebears. Richard Green, a computational biologist in Svante Pääbo’s group at the Max Planck Institute for Evolutionary Anthropology in Leipzig, Germany, published [subscription required] the first sequence of a 38,000-year-old Neanderthal’s complete mitochondrial DNA in August. The sequence fixes the split between the modern human and Neanderthal branches at about 660,000 years ago.

The new DNA data address one of anthropologists’ favorite questions: Did Neanderthals and modern humans ever interbreed? According to Green, if there was any mating between them, it left no genetic evidence. Neanderthals may have been smart, but it seems they weren’t sexy.