77. How Diplodocus Ate Its Dinner

What was the method for keeping this massive plant-eater fed? 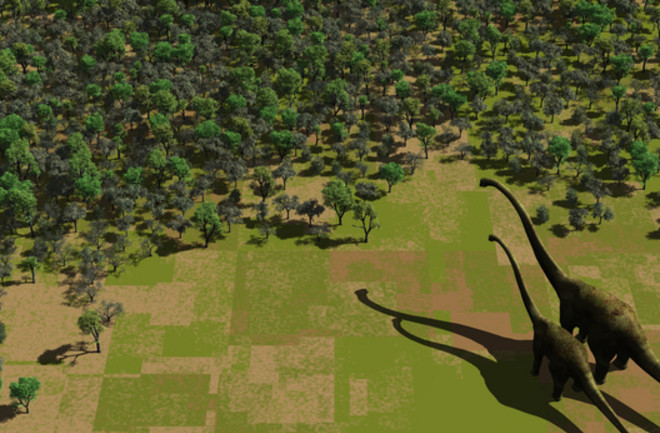 For giant dinosaurs like the 25-ton Diplodocus—an iconic long-necked herbivore—feeding all that flesh was a full-time job. And now we know how the beast did it. An international paleontology team used finite element analysis, a technique commercially used to measure stress on objects such as cars and orthopedic implants. In this case, it was to deduce whether Diplodocus fed by nipping at leaves, stripping them in large quantities from branches, or scraping bark from trees.

The team analyzed a 150-million-year-old skull and found that it would have fractured from bark-scraping, suggesting Diplodocus instead stripped leaves and swallowed them whole, quickly ingesting maximum amounts of food. “By borrowing engineering techniques,” team member Paul Barrett says, “we can make testable models of how extinct animals behaved.”