The world’s tiniest lizard, a new type of octopus, an ant named with the help of a rock musician, and more amazing creatures. 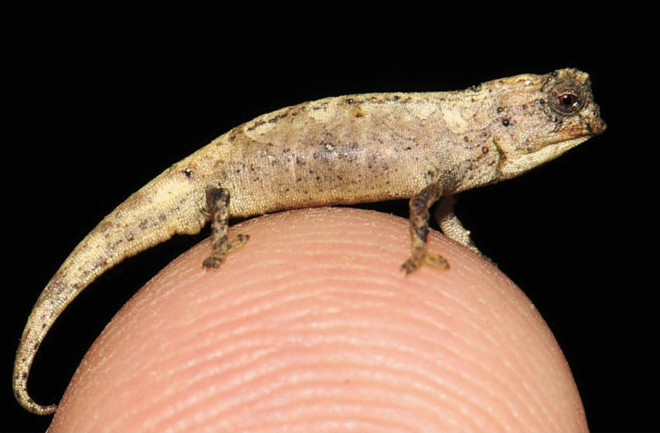 It may seem like humans have conquered the entire planet — and in many ways we have. But Earth’s wild places still hold an astonishing number of secrets.

Every year, researchers find hundreds of new species of plants and animals — along with a mind-boggling thousands of new insects. Yet they’re still only scratching the surface of what may be out there. Scientists say a huge fraction of Earth’s biodiversity is still unknown. While estimates vary, it’s thought that 86 to 99 percent of species are yet to be discovered, depending on how you count the microbes.

The idea of discovering a new species may conjure up an image of pith-helmeted adventurers trekking through the jungle in search of a legendary creature. And it is true that rainforests are biodiversity “hotspots” that yield their fair share of discoveries. But many new species are found in familiar places or even museum archives as DNA testing reveals new insights about organisms that look similar but turn out to be genetically distinct.

Scientists need to examine potential members of a new species carefully — both inside and out — to determine every physical and genetic characteristic that sets them apart from similar organisms. They also must ensure no one else documented the species first. If they can do that, the next step is to publish a scientific report officially describing the new species and giving it a name. The whole process can take years.

Sadly, many newly discovered creatures are already endangered. Between 1970 and 2016, the worldwide total populations of mammals, birds, amphibians, reptiles and fish have dropped by an average of 68 percent according to the World Wildlife Federation’s 2020 Living Planet Index. Hundreds of species have gone extinct. And that’s just the ones we know about. It’s a race to find, document, and (hopefully) protect species before they’re lost. Here are a handful of some of the most fascinating new animals that scientists have reported so far in 2021:

This mysterious cephalopod makes its home more than 4,000 feet underwater in the North Pacific Ocean, making it one of the deepest-living octopi known to science. Like other types of Dumbo octopus, it sports two ear-like fins on its head. Although the octopus was dead when they pulled it out of the ocean, the scientists studying its anatomy used MRI and CT to peek at its internal organs. Their tech-forward approach gave a clearer anatomical picture than traditional dissection and made sure that the only specimen of this hard-to-find sea creature could be preserved intact.

Possibly the smallest reptile known to science, B. nana is scarcely larger than a fingernail. Researchers found two of these tiny lizards — a male and a female — in the mountain rainforests of Madagascar. Although it’s a member of the chameleon family, B. nana doesn’t change color. Its brown skin helps it blend in with the forest floor while searching for insects to eat.

Researchers studying forest bumblebees in the Rocky Mountains were in for a surprise when they found that the bees fell into two distinct genetic clusters — what they thought was one species was actually two! Both species live harmoniously together in grassy mountain meadows in the United States and Canada.

Named after the Nimba Mountains in West Africa where it can be found in caves and mining tunnels, this bat sports striking orange fur. This bat and the Lamotte’s roundleaf bat (Hipposideros lamottei) are found only in this one particular mountain range, so protecting the area is crucial to both species’ survival. Luckily, much of it is already a nature preserve.

Kraits are extremely venomous snakes, so it’s slightly ironic that this one is named after Bai Suzhen, a snake goddess from Chinese legend revered as a deity of healing and true love. It lives in the rice fields and streams in Yunnan Province, China. Being able to correctly identify a venomous snake is the key to being able to treat its bite. Subtle differences in its teeth and black-and-white striped skin set Suzhen’s krait apart from tis relatives.

Formerly called the “Gulf of Mexico Bryde’s Whale,” Rice’s whale is named after biologist Dale Rice, who first documented them in the 1960s. Genetic testing confirmed in 2014 that the whales in the Gulf were genetically distinct from the Bryde’s whales in other oceans. The classification of Rice’s whale as a new species was completed with an autopsy of a whale that came ashore in Florida in 2019. There are fewer than 100 Rice’s whales left in the wild.

This tiny ant with an impressive jawline lives in the Chocó-Darién region in Northwest Ecuador, one of the many unique habitats in the Tumbes–Chocó–Magdalena biodiversity hotspot running along the western coast of South America from Ecuador to the Northern part of Peru. Douglas Booher, the Yale entomologist who confirmed that the ant was indeed a new species, named it with the help of Michael Stipe, from the band R.E.M. Stipe and Booher named the ant after their mutual friend, artist Jeremy Ayers. The gender-neutral -they suffix pays tribute to Ayers as a champion of gender diversity and nonbinary representation.