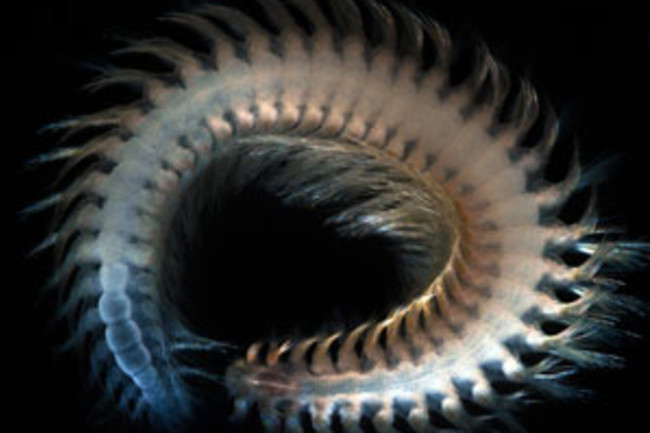 October marked the completion of the ambitious, decadelong Census of Marine Life. More than 540 international expeditions sailed to coral reefs, hydrothermal vents, seamounts, and open ocean waters to assemble a comprehensive picture of the diversity, habitats, and abundance of animals and microbes living in the sea. Ocean- going researchers found life even in some of the hottest, coldest, and most chemically inhospitable places on the planet. They also reported that microbes may account for as much as 90 percent of the mass of all ocean life. The census turned up more than 6,000 new species candidates, including the pair depicted here: an acorn worm from the deeps of the North Atlantic, and a polychaete worm (right) found on a whale carcass near Japan. The estimated number of marine species now stands at 250,000.