51. The Other Humans Who Settled Asia

These cave people may be related to early Homo sapiens or they may be a whole new species. 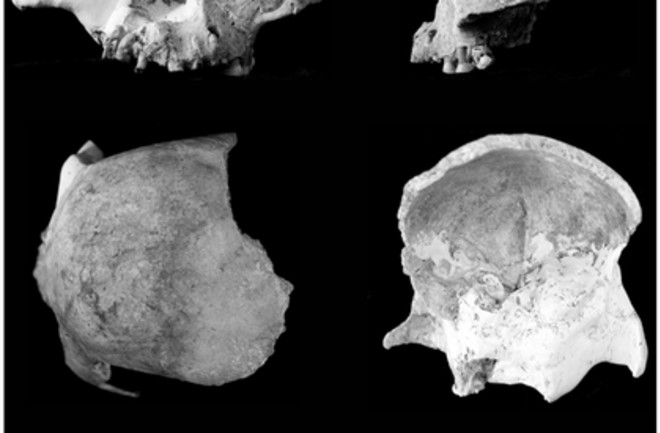 Remains unearthed in 1979 in a cave in China’s Guangxi Province may belong to a previously unknown, anatomically unique modern human species. Neglected until a team of Australian and Chinese scientists decided to take a closer look, the remains are between 11,500 and 14,500 years old, says Darren Curnoe, a paleoanthropologist at the University of New South Wales who interpreted the find.

Curnoe nicknamed the bones the Red Deer Cave people; he and his colleagues compared them with modern and contemporary human remains from Asia, Australia, Europe, and Africa, as well as with Pleistocene East Asian hunter-gatherer skulls. The Pleistocene age lasted from about 2,588,000 to 11,700 years ago.

“The Red Deer specimens have an unusual short, flat face, prominent browridges, and no human chin,” Curnoe says. They could be related to very early Homo sapiens that evolved in Africa and then migrated out to Asia. Or, as Curnoe believes, they might represent a new human species that evolved in parallel with Homo sapiens. If he is correct, we shared the planet with other human species right up to the dawn of agriculture.

Some experts, however, reject both explanations. “These specimens should have been compared to early Holocene skeletons from China,” because they look much the same, contends paleoanthropologist Peter Brown, from the University of New England in Australia. The Holocene era began just as the Pleistocene era ended. Curnoe counters, however, that the key comparison is with Pleistocene East Asian skulls and recent hunter-gatherer and agricultural populations.

An ongoing effort to extract DNA from the Chinese fossils may provide the answer and fill in more details on the truth about our prehistoric human relatives in years to come.