Volcanoes are continuously shaping our world, even if their eruptions can be extremely dangerous. 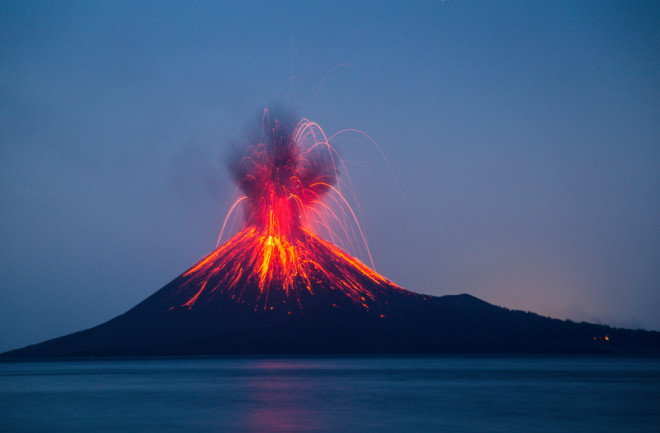 There are an estimated 1,500 active volcanoes on the planet, causing 50-70 eruptions each year. Although these volcanoes can be dangerous and even deadly, they can also have positive impacts — including creating fertile soil for cultivation, formation of new land and production of geothermal energy. Here are five things you may not know about volcanoes.

1. Magma and Lava are Not the Same

Magma and lava are often used interchangeably, however, there is a key distinction. Magma is the molten liquid rock that exists under the Earth’s surface. It contains dissolved gasses, and when the pressure reaches a certain point and the gasses expand, there is an explosion at the mouth of a volcano. Once it reaches the surface and is expelled from the volcano, it becomes lava. Although there are three types of lava — basaltic, andesitic and rhyolitic, they all contain silica.

The amount of silica determines the lava’s viscosity. The more silica, the slower the lava travels. The fastest lava ever recorded was in The Congo in 1977, when Nyiragongo erupted — and the lava reached a speed of 40 miles per hour.

2. Most Volcanoes Are in the Ring of Fire

You can find three-quarters of the world’s active volcanoes within a 25,000-mile area called the “Ring of Fire.” Despite its name, this string of volcanoes (and earthquakes) along the edge of the Pacific Ocean is actually horseshoe-shaped. Spanning from the tip of South America to the West Coast of North America, through Russia, Japan and New Zealand — running through a total of 15 countries.

About 90 percent of all earthquakes occur in the Ring of Fire, which formed approximately 115 million years ago. Oceanic plates developed this region, sliding under continental plates, through a process called subduction. Famous volcanoes in the Ring of Fire include Mount St. Helens, Mount Fuji and Mount Pinatubo.

3. Volcanoes Can Be Deadly

Since the late 1700s, volcanoes have contributed to more than 250,000 deaths. Besides the actual lava flow, ash and volcanic gasses can cause major harm, and even death. The ash is particularly harmful to people with respiratory issues such as asthma or emphysema. The crystalline silica, which can exist in ash, can cause silicosis, a type of pulmonary fibrosis. The carbon dioxide and sulfur dioxide in volcanic gasses not only negatively impacts breathing, but can also cause neurological impacts.

By far, the deadliest volcanic effects are from pyroclastic flows — an incredibly fast, downhill-moving mass of lava, ash and gasses. In 1902, as  Mount Pelée erupted, the town of Saint-Pierre was engulfed by a pyroclastic flow that killed nearly 30,000 people — the most loss of life from a pyroclastic flow in the past 200 years. Only a few people survived.

4. Volcanoes Are Related to Other Natural Disasters

There is a connection between volcanoes and other potentially devastating natural events. One is volcanic earthquakes. These earthquakes, or volcanic tremors, indicate magma activity. Because it can be a precursor to an eruption, we can use this knowledge as a warning system. When these earthquakes happen, people living in dangerous proximity to the volcano can evacuate.

Volcanic mudslides are called lahars and are a mass of flowing debris and water. It resembles wet concrete running down the slope of a volcano — often flowing into river valleys. They have buried entire towns. Volcanoes have also caused tsunamis. The worst one was a tsunami caused by an eruption of Krakatoa in 1883. With waves reaching 130 feet, it killed 36,000 people.

Volcanic activity is responsible for 80 percent of the Earth’s surface, both above and below sea level.Volcanic emissions were integral to creating the first oceans and our atmosphere. And although eruptions are more likely in the Ring of Fire, there are other active hotspots.

Hawaii is one of them. Hawaii has a total of 137 islands — which started forming tens of millions of years ago from underwater volcanic eruptions. As the lava cooled off, it solidified and created islands. Shifts in the Pacific Plate continue to shape the Hawaiian Islands to this day. The largest active volcano in the world, Mauna Loa, is located in Hawaii.