5 Species You Didn't Realize Were Endangered in 2022

Endangered means a species is at a very high risk of extinction, and for 2022, the monarch butterfly and tiger have made The International Union for Conservation of Nature Red List. 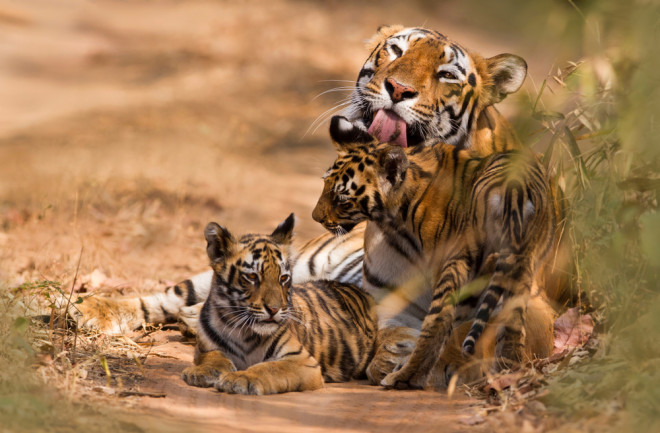 This article was originally published on August 11, 2022.

The International Union for Conservation of Nature (IUCN) Red List is perhaps the world’s best running tally of the conservation status of living organisms on our planet. Of the 147,517 species, 28 percent are on the list as threatened with extinction. As climate change continues to decrease global biodiversity, that percentage grows.

Last month, the IUCN released an update that added new species to the list and reassessed others. Of the reassessed species, 96 experienced “genuine” changes in their conservation status. Ecological factors drove these changes, rather than an increase in available data. Of these organisms, 87 became scarce.

“Climate change is emerging as quite an important threat,” says head of the IUCN Red List Craig Hilton-Taylor. “We knew it was coming — we saw it all around us. But it has taken a while for the scientists working on the assessment to understand how it is affecting species.”

The new assessment paints a grim picture, but the news isn’t all bad. Certain species have rebounded from catastrophe. Even in the downturn of earth’s sixth mass extinction, conservation successes provide a sliver of hope.

Each spring and fall, migratory monarch butterflies fly thousands of miles between summer breeding grounds in the Northern U.S. and Canada, and winter habitat in California and the Sierra Madre mountains in Mexico.

The fragile, colorful insects have become a conservation icon during the past decade as scientists become more certain of their decline. The widespread use of pesticides such as glyphosate (also known as Roundup) has decimated milkweed — monarch’s primary food source. Simultaneously, severe weather events and habitat destruction have killed billions of butterflies.

Last month, the IUCN listed the migratory butterflies as an endangered species for the first time. The organization estimates that the eastern population of monarchs decreased by 84 percent between 1996 and 2014. The western population is at an even greater risk having decreased by as much as 99.9 percent over the past 40 years.

“Few species evoke the awe and wonder that the migratory monarch butterfly commands,” says Sean O’Brien, president and CEO of Nature Serve. “While efforts to protect this species are encouraging, much is still needed to ensure its long-term survival.”

The taxonomic family Acipenseridae, also known as sturgeon, contains some of the largest and oldest freshwater fish in the world. These bony, enormous fish evolved during the early Jurassic period, which means they already survived one mass extinction — the one that killed the dinosaurs.

This time around, sturgeons are not faring so well. The damming and pollution of rivers in Eurasia and the Americas has negatively impacted their ability to survive and reproduce. Many species have also been overfished due to the high value of their eggs, which are served to fine diners as caviar.

As of July, the IUCN now considers all 26 extant species of Acipenseridae endangered. Experts now believe that one member of the family, the Yangtze Sturgeon of China, is extinct in the wild.

Panthera tigris is undoubtedly one of the most recognizable animal species in the world. Its stripey face is depicted on snack food wrappers, in childrens’ stories and as a sports mascot. Despite this, the species is scarce in the wild. It is listed as endangered, and that status has not changed in the new assessment. But, the IUCN update does provide reason for hope. After decades of struggle, the global tiger population is increasing.

The IUCN estimates that there are between 3,726 and 5,578 tigers alive in the wild today. This is a 40 percent increase since the latest assessment in 2018.

The arid grassland of Australia’s interior is home to one of the most elusive birds on the planet. Pezoporus occidentalis, the night parrot, hides in low-lying vegetation during the day. Only after nightfall does it emerge in food and water.

Sightings of the night parrot are incredibly rare. From the turn of the century until 1979, only one encounter was recorded. Unfortunately, humans usually come across the bird by running it over in a car. The IUCN evaluated the night parrot status for the first time ever this July. The Red List estimates that there are 40 to 500 individuals left in the wild, and the population is decreasing. The night parrot is classified as critically endangered.

In the late 1980s, habitat destruction in the cloud forests, which carpet the lower slopes of the Ecuadorian Andes, caused catastrophe for the Atelopus genus, also known as harlequin frogs. Experts thought one species, Atelopus longirostris, or the longnose harlequin frog, was extinct. In 2017, a group of Ecuadorian scientists spotted a few individuals.

In the past few years, scientists debate the survival of the species. In the latest assessment, the IUCN changed the frogs' status from extinct to critically endangered. The Red List estimates that between one and 49 individuals remain.