What do you say? Wooly mammoths, yes or no? 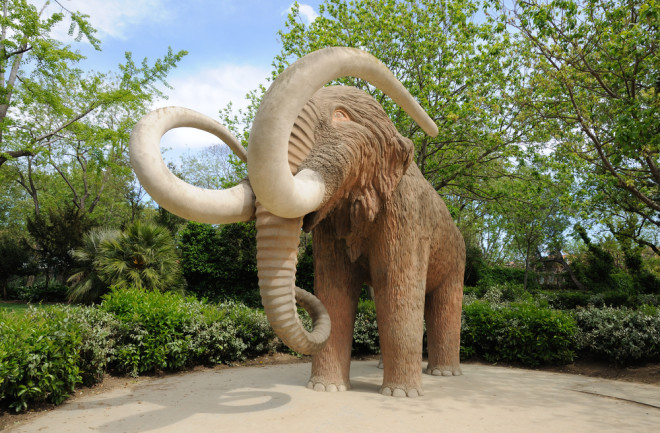 Would you like to see a real, live wooly mammoth? Or how about a Tasmanian tiger in the flesh? Scientists have already finagled a few ways to resurrect extinct species from their evolutionary graves. Even muckier than the scientific methods themselves, though, are the social, ethical and legal ramifications of so-called de-extinction.

In Science today, two Stanford researchers tackle this tricky topic to parse out exactly what we have to gain and lose from de-extinction technologies. Using the passenger pigeon as a thought experiment, another paper in the same issue looks at the fears and excitement of leaders in the field of genomics.

Based on the current state of the science, the Stanford researchers distill de-extinction down to five pros and five cons:

If an extinct animal were brought back to life in the lab, the authors point out that it would still lack many of a species’ key characteristics, such as epigenetics, environment and social groups. Plus it would bring along with it a number of complicated legalities relating to the Endangered Species Act and patent laws. And that doesn’t even get into the messy world of if and how such resurrections should be regulated.

In the end, both papers seem to draw open-ended conclusions. But if the practice is really as inevitable as it seems, the authors say the most interesting part will be seeing how humanity reacts.

More From Discover
Planet Earth
The Asteroid That Doomed the Dinosaurs Gave Rise to South American Rainforests
Environment
Almost 20 Million Years Ago, Sharks Nearly Went Extinct — Nobody Knows Why
Planet Earth
Scientists Unearthed a Meat-Eating Dinosaur in Argentina Named 'One Who Causes Fear'
The Sciences
How Will Life on Earth End?
Planet Earth
How the Triassic Extinction Helped Dinosaurs Take Over the Planet
Technology
7 Ancient Indigenous Inventions That Are Part of Our Lives Today
Recommendations From Our Store
My Science ShopDiscover STEM Kits
My Science ShopDiscover 2022 Calendar
My Science ShopStrange Science
My Science ShopElements Flashcards
Shop Now
Stay Curious
Join
Our List