We’ve heard of the wonders of the ancient world, but where do the present-day wonders exist and what is their history? 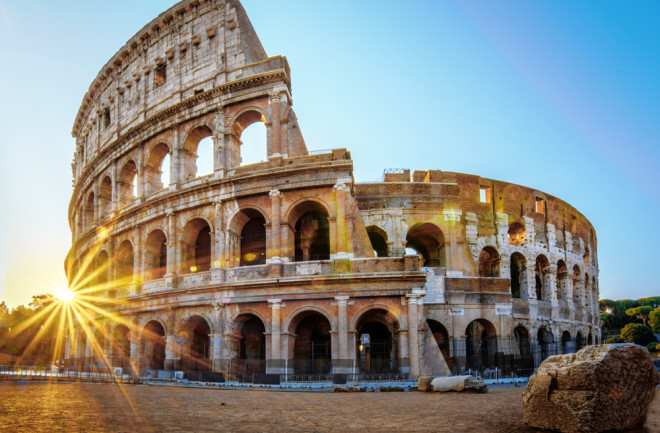 Out of the ancient wonders of the world, only one survives in present day — the Great Pyramid of Giza. Others no longer exist, including the Temple of Artemis, the Statue of Zeus at Olympia, Mausoleum at Halicarnassus, the Colossus of Rhodes, the Lighthouse of Alexandria and the Hanging Gardens of Babylon.

However, there are magnificent wonders of the world that endure today. Here are five that you can visit and see for yourself.

Chichen Itza — one of the largest Mayan cities — is on Mexico’s Yucatán Peninsula, about 120 miles from Cancún. It encompassed a diverse population and a variety of architectural styles. Experts suggest Chechen Itza was built sometime between A.D. 400 and 600. And the vibrant city was an important political, commercial, religious, military and economic center of Mayan culture. At the time of this civilization, they had a system of paved roadways and sidewalks that connected buildings, something Europe didn’t even have yet.

At its peak, experts suggest up to 50,000 people lived within the city — inhabiting a space of slightly under two square miles. One of the most popular attractions are the steps on the pyramid known as “El Castillo,” which visitors previously could climb. To preserve the steps, they are no longer allowed to do so.

The prehistoric city of Petra is located in Jordan, between the Red Sea and the Dead Sea. The city is a world-famous archeological site and is also called the Rose City, for the colored stone its carved from. Home to Arabian nomads, known as Nabataeans, Petra was established in A.D. 312.

Historians still don’t know why the nomadic people decided to settle in this area, but they do know the Nabataeons were skilled in carving, building, trading and engineering. This ancient city’s architecture included tombs and temples, cistern and reservoirs and public buildings.

The Romans took control of Petra in A.D. 106, ruling for over 250 years. In A.D. l363, an earthquake destroyed many of Petra’s buildings and its water supply system. Eventually, the Byzantines took over and ruled Petra for another 300 years.

3. The Great Wall of China

Built to defend against northern invasions, the Great Wall of China spans more than 13,000 miles. It took a workforce of soldiers and criminals over 2,000 years to complete, first starting during the Qin Dynasty and then finishing under the Ming Dynasty.

Experts believe that almost half a million workers died during construction, and many were buried in the wall. Despite its name, the Great Wall is not one continuous structure. Rather, it’s a series of walls, along with barriers, fortresses, beacon towers and barracks. Construction materials included bricks, wood, earth and stone. The workers used mortar, made from sticky rice mixed with lime, and heated limestone.

Mughal Emperor Shah Jahan built the Taj Mahal to honor his wife, Mumtaz Mahal, who died while giving birth to her 14th child. It took 20,000 artisan workers 22 years to complete the project. They started construction in 1632 and finished in 1648. The workers completed some other features, including the outer courtyard, guest house and mosque by 1653.

The white marble of the Taj Mahal appears to change colors, depending on the time of day. It starts as pale pink at sunrise, changes to bright white at midday and appears as a bronzy orange at sunset.

There’s a myth that after completion, Shah Jahan ordered the amputation of the workers hands, so they couldn’t use their skills to build anything that would rival the Taj Mahal. But there’s no archeological or literary evidence to support this assertion.

The Roman Colosseum is the largest amphitheater to ever have been built, at 615 feet long and 510 feet wide. It had 80 entrances and a total of 230 arches, only 31 of which still survive to this day. Although best known for gladiator fights, it was also the sight of animal hunts and famous battle re-enactments — all done in front of crowds as large as 50,000 spectators.

Other theaters at that time were built into hillsides for structural support, but the Colosseum was constructed as a free-standing structure. Over 60,000 slaves completed the stone and concrete amphitheater in about eight years, between A.D. 72 and 80. As Italy’s most famous attraction, more than five million people visit each year.