5 of the World’s Most Intelligent Animals

From using tools to showcasing emotional intelligence, these five animals are among the world's smartest. 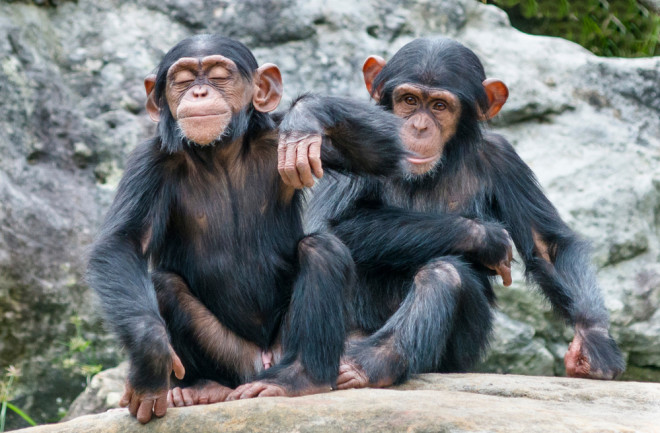 We all know how smart dogs are. They can be trained to detect drugs, explosives and cancer — in addition to serving people with a variety of physical and emotional challenges. Other animals that have have been noted for their intelligence include pigs and octopi. Here are five other animals considered among the world’s most intelligent.

Sharing almost 99 percent of our DNA, the chimpanzee is our closest living relative. We have the same number of fingers and toes and have the same nervous system, muscles and bones. Although we have larger brains, the chimp and human brain are similar in structure and function. Chimps can engage in abstract and reasoned thought. A chimp’s use of tools is extensive and advanced. They use sticks and grass to dig for termites, throw rocks and branches when threatened, fold leaves to use as a sponge to obtain drinking water and use rocks or stones to crack open the hard shells of nuts. Chimps share some of the same emotions as humans. These include happiness, compassion, empathy, sadness and anxiety. They’re also capable of advanced problem-solving skills, such as crossing the road when it’s safe to do so, evading wire snares and raiding the crops from farms.

Their brains might be small, but they are powerful. Crow brains have many tightly packed neurons, which function effectively. While the assessment and processing of problems typically occur in the cerebral cortex, it’s a little different with crows. They don’t have a cerebral cortex, so their thinking happens in the pallium, the thick layer of grey matter covering the upper surface of the cerebrum. Crows have demonstrated the ability to use sticks as spears and hooked tools to dig for insects. Their intelligence extends to higher thinking such as planning. When they catch food, they’ll pretend to hide it if they think they’re being watched by another animal, while really concealing it in their feathers. In certain areas, they’ve been known to drop nuts onto the a crosswalk, so cars will crack them open as they drive by — waiting to retrieve the nuts until the crosswalk sign is lit. Check out this video to see the impressive problem-solving skills of crows.

The brain-body ratio of dolphins is second only to humans. Their natural sonar enables them to use echolocation to communicate with each other through sounds knowns as trills, squeaks and whistles. Another function of echolocation is the ability to navigate and hunt, even in dark water. Because of their incredible underwater location abilities, the U.S. Navy has used them to search for mines and attach explosive or eavesdropping devices to enemy vessels — although animal rights activists object to this practice. Other ways their intelligence is displayed is through the sophisticated games they engage in, use of tools, cooperative hunting, self-awareness and their involvement in complex social networks. Research shows dolphins have the memory capacity to remember and recognize each other for 20 years, and possibly for a lifetime.

The use of tools is an indicator of intelligence among animals, and elephants are sophisticated tool users. Their utilization of branches for a variety of purposes is impressive. These include scratching their backs, using them as weapons when threatened and swatting away insects. They’ve also carried branches for a long period of time, to use them later when needed. Elephants are effective communicators and use all the five senses to interact with each other. Known for their incredible memory, elephants remember family, friends and enemies for years, and they’re able to remember water and food sources for long stretches of time. In a research experiment, elephants displayed advanced thinking in regard to understanding human language. They could distinguish between different languages, understand if it was the voice of a man or woman and determine if it was a threat.

Rats are capable of making decisions based on information and knowledge of a particular situation. They’re also aware of their mental processes, an advanced concept known as metacognition. Researchers showed that rats would often decline taking a test when they didn’t know the answer They can also be trained to respond to their name, race through a maze, lay down, roll over and more. Rats are highly social animals who respond well to kindness from their owners. But they also need the company of other rats and will communicate with each other using high-frequency sounds. While inaudible to humans, other rats will respond. Able to exhibit empathy, experiments demonstrated that rats will decline a treat if pressing the lever to release it caused a shock to another rat. Rats feel emotions, and one way they express it is through a teeth grinding motion called bruxing, usually indicating contentment.