These are five animals you'll want to watch your back around. 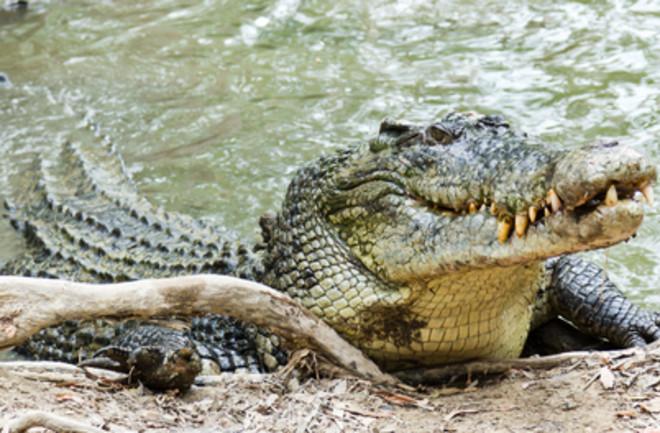 There are many deadly animals in the world, from the small tsetse fly to the gigantic elephant. As the world begins to open up and people start traveling again. It’s a good idea to be prepared for what dangers may lay before you. Whether they kill for food, to protect themselves or their young or just out of aggression, these are five of the deadliest animals around the world.

The black mamba is one of the world’s deadliest snakes, however, their name is a bit of a misnomer. The black mamba isn’t really black. They’re dark brown with black mouths. Regardless of their hue, these reptiles cause more deaths in Africa than any other snake. With several drops of venom in each fang at birth and up to 20 drops by adulthood, the black mamba can easily kill a human with two drops of. These snakes are one of the fastest, reaching more than 12 miles per hour. They use their speed to escape rather than attack, whenever possible. In fact, they are typically shy creatures. But when threatened, they will strike. First, they signal with an open mouth to let prey (human) know they are about to strike. Once they do attack, they will continue to bite their victim. This is what makes the black mamba one of the deadliest animals around the world. When they get into people’s homes (which does happen), they must be removed carefully. Here’s a video of a snake expert removing a black mamba.

The world’s most dangerous marine animal, the box jellyfish lives in warm water, with the most lethal variety found in northern Australia. With tentacles up to 10 feet long, the box variety differs from other jellyfish in that they swim while others can only float. They also have clusters of eyes and can see, and it is believed that they may actually hunt their prey (mostly shrimp and small fish). They use their stingers as protection and to disable/kill their prey. If a human is stung by a box jellyfish, the venom will cause paralysis, cardiac arrest, and death. There’s only one known case of someone surviving a box jellyfish sting — an Australian girl who was 10 at the time. For many years, applying vinegar to stings was the recommended treatment, but studies show that vinegar actually increases venom load by 50 percent.

The third-largest land animals, behind white rhinos and elephants, hippos kill an estimated 500 people each year. Reaching lengths of up to 16 feet and heights of a little over five feet tall, males can weigh up to 9,920 pounds and females weigh in around 3,000 pounds. In order to keep their skin cool, hippos spend up to two-thirds of their time in the water. They’re quite vocal and the variety of sounds they make can be as loud as a rock concert. These giant creatures are herbivores, so they don’t attack humans for food. They attack because they’re aggressive and unpredictable. This is why hippos are one of the deadliest animals around the world. They might feel their offspring are being threatened or that their territory is being invaded. With jaws that open 150 degrees and slam shut with incredible force, they can crush animal skulls with great ease.

The mosquito is responsible for spreading several deadly diseases — including West Nile, zika, dengue virus, yellow fever and malaria. Combined mosquito-borne disease kills over one million people each year. Not all mosquitos bite humans. In fact, it’s only several hundred out of the 3,500 types of mosquitos that do so. It’s the female mosquito that bites, and their saliva has an anticoagulant that enables them to feed easily on blood. Feeding on blood is required for the females before they can lay their eggs, which they do in standing water. Certain factors affect who they bite. These include the amount of carbon dioxide we produce, chemicals in sweat, wearing dark colors and body temperature. There’s an ongoing debate within the scientific community about whether the eradication of mosquitos – even though they are part of our ecosystem – would be a net benefit to the world.

Known as,“salties,” these reptiles are responsible for approximately 1,000 human deaths annually. These skilled swimmers are found in northern Australia, eastern India, and southeast Asia. After drowning their prey, saltwater crocodiles they go into a death roll, where they repeatedly roll their catch in the water. This method facilitates dismemberment, as the crocs teeth are made for gripping, not tearing. Salties have longevity, exceeding 65 years. It’s believed they may even live to 100+ years, but there is no proof of this in the wild. However, there are salties in captivity known to have lived this long.