Humans aren't the only animals that enjoy their alone time. 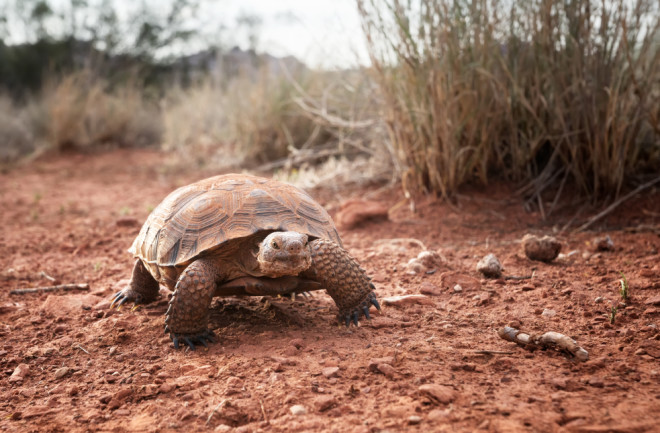 Some animals are social beings and live in groups, sharing responsibilities like gathering food and raising young. Sometimes, as in the case of elephants, whales and chimpanzees, they even display emotional intelligence and develop strong connections. Others, like bees, have complex social structures that help them develop greater immunity against infection and disease.

But there are some animals that prefer to fly solo. Here are five introverted animals you may not have known about.

They mostly live alone, except on  occasions when they may share a tunnel during colder weather.  They also drink rarely, sometimes going up to a year without water. They can store water in their bladder, and re-absorb it.

Despite their name, koalas aren’t bears, they’re actually marsupials. And while they’re undeniably cute, they’re not friendly. Not only do they not like the human touch (like most wild animals) — they’re also unfriendly to other koalas. They prefer to be alone, avoiding fellow koala interactions as much as possible. Although they try to avoid each other, koalas have been known to get into low-level squabbles; occasionally getting more aggressive with another koala.

You’ll typically find a koala napping due to their diet. Almost exclusively made up of eucalyptus leaves, their digestive process requires a lot of effort — and they don’t extract many nutrients. While the leaves are toxic to most animals, koalas have a special organ that allows them to detoxify the poisonous chemical. This leaves them with little energy, resulting in koalas sleeping up to 22 hours a day.

The platypus is a small, amphibious mammal native to Australia. Highly unusual, it’s the only mammal that lays eggs. When they’re not looking for food along the bottom of lakes and rivers, they’re resting in burrows along the water bank.

They have several interesting adaptations, including their flat bills, which help them navigate through debris in the water to find food like insects, shellfish and worms. Their waterproof  fur helps keep them warm and dry, despite spending long amounts of time in the water. Another adaptation they have is webbed front feet, which propels them through water. And their paddle-like tail functions as a stabilizer while swimming. For protection, they have venom glands on their hind legs.

They are shy creatures, and typically  avoid other platypuses except for mating time. At about four-months-old, platypus offspring leave the nest, venturing out on their own.

Skunks are shy and docile animals that are easily startled — and you definitely don’t want to startle one. Preferring to to live alone, skunks are usually only social during mating season.  Several females may also share a den during the colder months to stay warm. Mostly nocturnal, they can be found living in a range of habitats, including grasslands, forests, woodlands and deserts.

We know that they have a noxious spray they can use to defend themselves. But before releasing their spray, they will display warning signs to deter potential threats. These include raising their tail, looking back and hissing and stamping their feet. Though it’s a handy defense mechanism, skunks try to avoid using their spray because one use can deplete their entire supply. It takes them up to 10 days to replenish it, during which time they are extremely vulnerable to predators.

The sloth is one of the slowest animals in the world, coming in just ahead of snails. They spend 15 to 18 hours a day sleeping upside down in trees. They also mate, eat and give birth hanging upside down. Rarely do they come down to ground level, leaving the trees only about once per week to expel their bodily waste.

Because they’re so slow, any time they spend on the ground makes them a target for predators. Incredibly, some people keep sloths as pets. But these animals are solitary and don’t want to be touched or pet. They are secretive and shy, becoming easily stressed and anxious when confronted.