For once, researchers come up with good news for an endangered species. 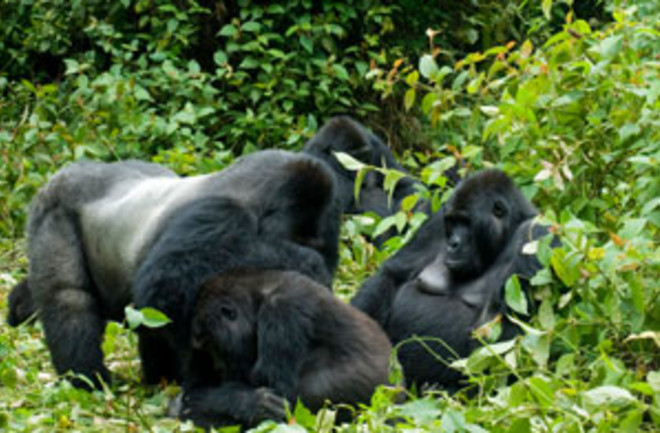 In a year filled with news of devastating population losses among frogs, bats, bees, shorebirds, and salmon, researchers in August reported good news for at least one endangered species: the western lowland gorilla. A survey by scientists with the U.S.-based Wildlife Conservation Society tallied the sleeping nests that the great apes construct each night and came up with an estimate of 125,000 lowland gorillas in the forests of the Republic of Congo. By comparison, less than 1,000 mountain gorillas exist.

The survey turned up a large number of lowland gorillas in areas that the Wildlife Conservation Society is helping to manage. “They have been receiving some protection,” says Hugo Rainey, a biologist with the society. Over the past few years, the gorillas’ greatest threat has been Ebola, the deadly hemorrhagic fever. “To the west of the place where we found the gorillas, whole populations have been eliminated by the disease,” Rainey says.

The survival of apes and monkeys throughout the world is precarious, according to the Primate Specialist Group, an international network of scientists and conservationists. Nearly half of the world’s nonhuman primates, including the African lowland gorilla, are threatened and “likely to go extinct in our own lifetime,” the group’s Web site says.

Rainey urges consumers to support conservation efforts and make sure any rain forest wood they purchase has Forest Stewardship Council certification, which ensures that the wood comes from logging conducted in a way that protects habitat.