It proved the damage caused by CFCs, helped predict climate changes, and saw the beginning of the recovery of the ozone layer. 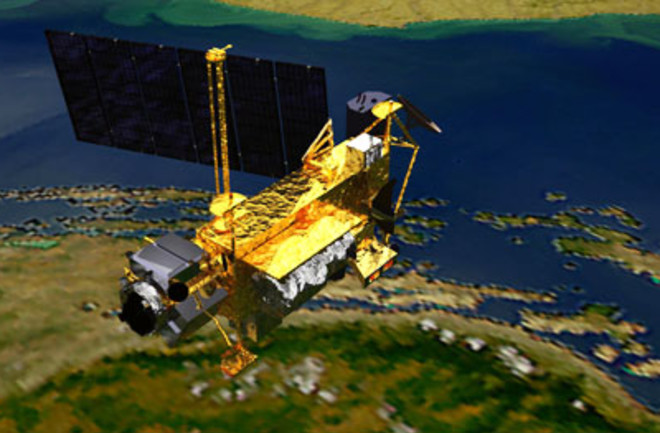 The Upper Atmosphere Research Satellite, or UARS, was obliterated on September 23 after a productive and unexpectedly long scientific life. It was 20 years old. The cause of death was atmospheric drag.

UARS was conceived in 1979 and launched into orbit in 1991. The 6.5-ton satellite carried 10 instruments that measured the radiation, chemistry, and dynamics of the upper atmosphere. At the time of its launch, the link between chlorine-containing chemicals like CFCs and the thinning ozone layer was intensely debated, and UARS was designed in part to explore that issue. “People were telling us it wasn’t proven,” says NASA atmospheric scientist Anne Douglass, a lead investigator. “After UARS these links were irrefutable.”

Besides establishing the chlorine-ozone link, UARS was the first satellite to collect comprehensive long-term data on the way molecules move and interact in the atmosphere. Douglass says those data formed the basis for many of the simulations used to predict climate today. NASA decommissioned UARS in 2005, burning out the last of its fuel and letting its orbit slowly decline until it crashed into the Pacific Ocean. Most of the school bus–size satellite was destroyed, but NASA estimates that up to 26 pieces totaling about 1,200 pounds may have survived.