#33: The Most Amazing New Species of the Year

The smallest snake, biggest stick insect, smallest sea horse, and a tree that kills itself by flowering. 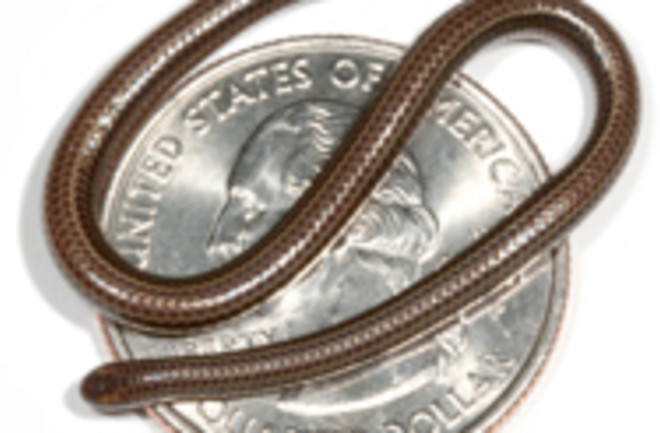 It might seem that biologists have already canvassed every bit of our planet. In reality, by tapping the latest genetic and molecular techniques they are identifying new species at an unprecedented pace. To draw attention to this fast-growing catalog of biodiversity, the Arizona State University International Institute for Species Exploration created a top 10 list of the most amazing species discovered in 2009, including:

Tahina spectabilis: A palm native to northwest Madagascar, the species is so huge that single trees can be spotted via Google Earth. The plant’s trunk grows to 60 feet high and its leaves to more than 15 feet across. After 30 to 50 years, the palm produces hundreds of flowers that drain its nutrients completely, causing it to die in a few months. Fewer than 100 specimens have been found, but the plant is now being cultivated.

Hippocampus satomiae: This pygmy sea horse, which lives off the coast of Derawan Island in Borneo, is the smallest of its kind, about half an inch long.

Leptotyphlops carlae: Also among the incredibly small is the world’s most minuscule snake: Found in Barbados, it measures only four inches long.

Coffea charrieriana: Producing the first known coffee bean that is naturally caffeine free, this plant from Cameroon could lead to commercial coffee trees that produce their own decaf.

The exaggerated nature of the newfound species illustrates the rich and complicated ways in which organisms adapt to their unique environments.

Many plants, insects, and vertebrate animals are completely dependent on endangered ecosystems. A March 2009 study by biologist Paul Ehrlich of Stanford University and biologist Gerardo Ceballos of the National Autonomous University of Mexico found that 81 percent of the 408 new mammal species discovered in the last 15 years are yoked to local ecosystems and likely to become extinct. One capuchin monkey inhabits only a single 200-hectare slice of forest ringed by sugar plantations.