Lice, interbreeding, and contaminants are killing off the species. 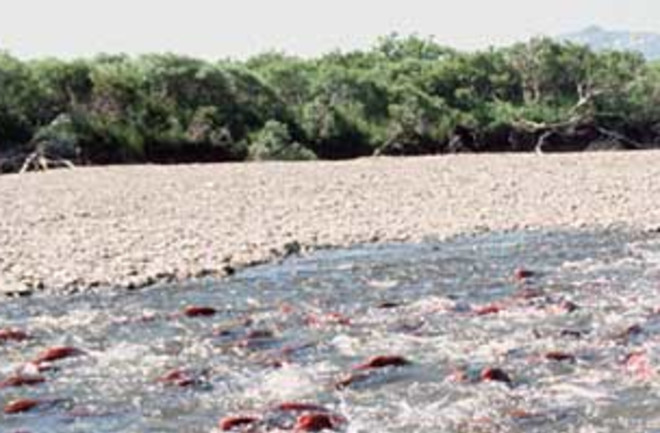 When the North Atlantic’s stocks of cod, tuna, halibut, and other big ocean predators threatened to collapse in the 1990s after decades of overfishing, consumers and conservationists alike turned their hopes to farming: raising pellet-fattened fish in net pens in bays and channels. But a sweeping analysis published last February shows that farming has only made matters worse for wild salmon.

Salmon farms were already known to weaken wild populations by exposing them to lice infestations, interbreeding with escaped farmed fish, and contaminants such as antibiotics, pesticides, and disinfectants. To look at farming’s impact on overall survival rates, marine biologists Jennifer Ford and the late Ransom Myers of Dal­housie University in Halifax, Nova Scotia, examined three decades’ worth of data from Ireland, Scotland, and Canada. The studies measured fish abundance and survival with rod catches, helicopter flyovers, and trapping by fences and fish wheels.

Even under ordinary circumstances, salmon have it rough. Born in rivers, they must head out to sea to mature, and 90 percent die before returning to their native waters to spawn.

Ford and Myers found that proximity to fish farms reduced both the overall abundance and the survival of wild juveniles by more than 50 percent in just one generation. “People expected a decrease of 10, maybe 20 percent at most,” Ford says. “We were quite surprised.”

Salmon farming has also been criticized for reducing wild populations of anchovies and sardines, which are used to make fish-meal pellets.

At present more than half of all store-bought salmon comes from farms, and other species, including cod and halibut, are being considered for cultivation. “We need to look at what happened with salmon farming as we develop technologies for all these other fish,” Ford says. “As it stands, aquaculture is worse on salmon stocks than the fisheries were.”