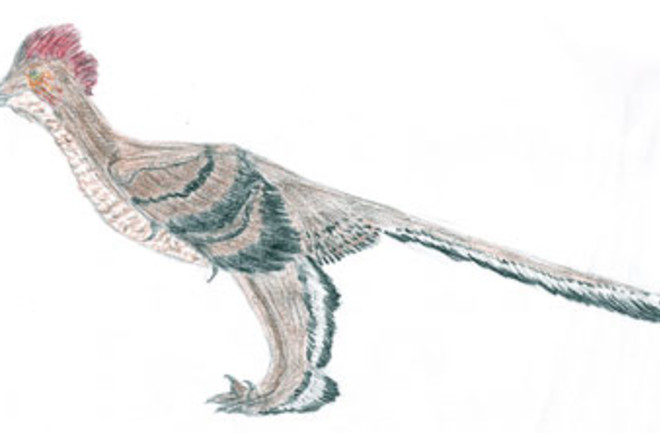 For a century and a half, the 150-million-year-old feathered creature called Archaeopteryx has reigned as the earliest known bird and as a symbol of the link between ancient dinosaurs and living fowl. This July Chinese paleontologists reported on a new fossil that may oust the icon from its long-held position.

The upset comes from a Cornish hen–sized beast called Xiaotingia zhengi, which fluttered around what is now China during the Late Jurassic. A team led by Xing Xu at the Institute of Vertebrate Paleontology and Paleoanthropology in Beijing used computer software to examine evolutionary relationships among early birds and related dinosaurs, based on 374 skeletal characteristics. When they included Xiaotingia in the mix, Archaeopteryx was uprooted from the avian family tree and relegated to a separate lineage of dinosaurs. In its place, recently discovered fossils such as Epidexipteryx—a 6-ounce dinosaur with long tail feathers—stood out as the earliest birds.

Xu cautions that the proposed evolutionary reshuffling must be shored up by further analysis. But by grouping similar fossils more closely together, he says, the revamped history produces “a simple and beautiful scenario” for how birds evolved.