28: First Americans May Have Come From Australia 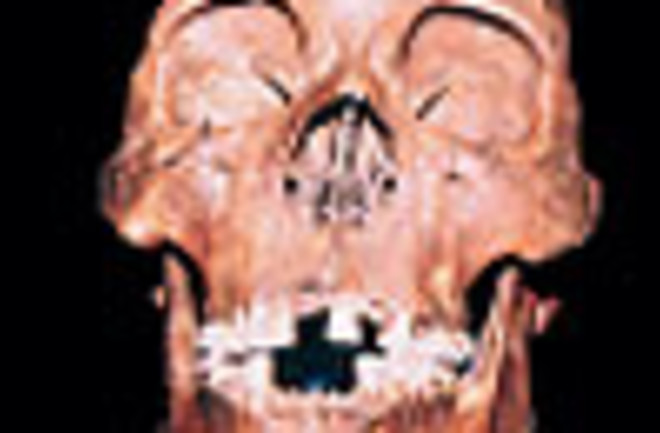 The first time she saw it four years ago in a museum, Silvia Gonzalez knew there was something special about the skull found in Mexico City in 1959. Known as Peñon Woman III, it was long and narrow, not round and broad cheeked like the usual skulls of prehistoric Native Americans. “It looked so incredibly different,” Gonzalez says. “Physically, it was very pleasing to the eye.”

So Gonzalez, a geoarchaeologist, and her colleagues at Liverpool John Moores University in England radiocarbon-dated the skull and found its beauty was more than bone deep. Surprisingly, the analysis showed Peñon Woman III is 12,755 years old, older than any known ancestor of modern Native Americans.

Scientists believed the Siberian forebears of Native Americans arrived 9,000 years ago, at the end of the last ice age. But Peñon Woman III could help prove that the first Americans came from Australia much earlier. Based on skull comparisons, Gonzalez announced in September, she believes Peñon Woman III was an ancestor of the Pericu, peripatetic hunter-gatherers whose remains, dating back 3,000 years, have been found throughout Baja California. The Pericu were also seafarers and came from the same lineage as modern Australian Aborigines. “They could have come out of Australia, hopped along Japan and the Aleutian Islands, and followed the coast to America,” Gonzalez says. “Baja California was like a cul-de-sac, where they got trapped.”

Gonzalez suggests accounts left by 18th-century Spanish missionaries of thin, shellfish-eating people in Baja refer to the Pericu. She also thinks the missionaries pushed the Pericu to extinction. “They put them in missions,” she says. “Suddenly their diet and way of life changed.”

Still, it is possible that contemporary Native Americans are the descendants of groups of Pericu who moved and adapted to a different environment. “We are waiting for DNA results from Peñon Woman III,” Gonzalez says. “We still have to explain the different skulls, but we know the old story must be changed.”