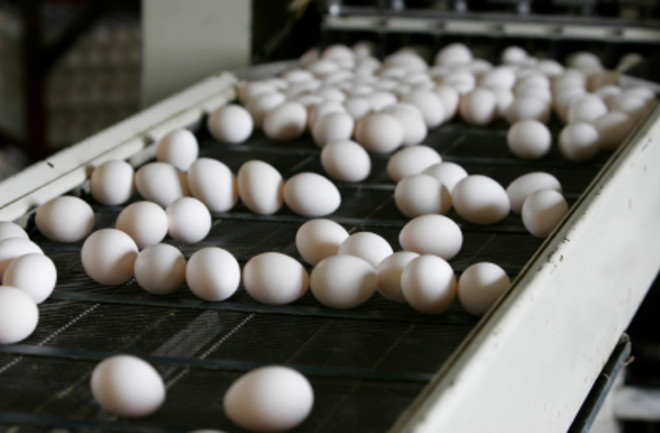 More than 500 million eggs were pulled off store shelves last summer due to possible contamination with salmonella. It was the largest food recall of the past decade, according to the Food and Drug Administration.

State authorities in Minnesota started reporting human outbreaks of salmonella disease to the Centers for Disease Control and Prevention (CDC) in May. By October more than 1,800 people were reported ill with fever, abdominal pain, and diarrhea in 29 outbreaks across 11 states. The cdc estimates that, in total, the bacterium poisoned at least 54,000 people, the worst outbreak of salmonella since the agency began surveillance on the bug in the late 1970s. No deaths were reported.

Salmonella enteritidis, one of the major strains to cause food poisoning, is usually associated with eggs. Accordingly, the fda began investigating the nation’s egg supply in August. Eventually agency inspectors found contaminated feed at Wright County Egg, a producer in Iowa. At Iowa’s Hillandale Farms, which used the same feed supply, samples of the water used to wash whole eggs also contained the bug. fda inspectors discovered eight-foot-tall piles of manure and evidence of rodents and flies at Wright County and standing pools of water at Hillandale. The two producers initiated voluntary recalls as soon as fda investigations of their farms began.

New egg production regulations to minimize salmonella risk—through better cleanliness, refrigeration, and testing—went into effect on July 9. fda commissioner Margaret Hamburg says that if the new rules had commenced sooner, they probably would have prevented the outbreak. In September the agency began a 15-month program to inspect all farms subject to the new rules. But David Acheson, former fda associate commissioner for foods, worries that the new rules may merely redistribute risk. Due to limited resources, he says, the agency’s new focus may actually leave other parts of the food supply more vulnerable. “What’s not going to be inspected as a consequence?” he asks.