In vino veritas, as the popular Latin saying goes. And we’ve got 20 truths of our own about that liquid grape goodness. 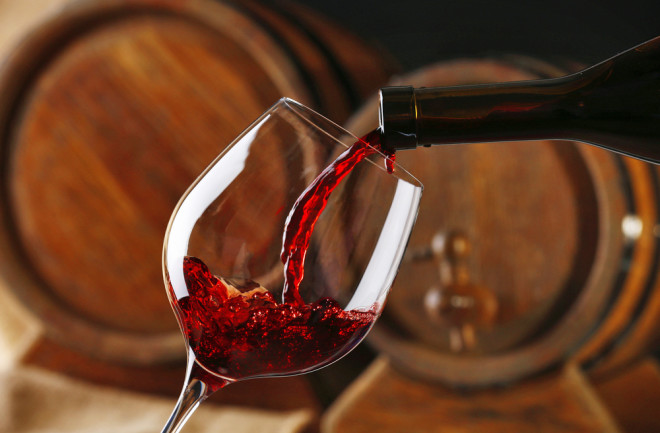 1. You may associate ancient wine with the toga-wearing set, but by the time Romans were quaffing it, the beverage was itself ancient: 7,000-year-old pottery from sites in Iran’s Zagros Mountains tested positive for residues specific to grapes.

2. A couple of hundred miles north, archaeologists have found numerous artifacts near the Armenian village of Areni that point to organized wine production as early as 4000 B.C.

3. Winemaking may go back so far because it’s so easy: Smash some grapes and let the juice mix with yeasts naturally present on the skins for a few days. Voila! Paleowine.

4. A big difference between domesticated wine grapes and their wild ancestors is pollination. Wild grapes are dioecious; plants are male or female. Domesticated grapes are usually self-pollinating hermaphrodites, which improves trait consistency.

Since the days of antiquity, from Greece to Rome, vinophiles have touted the alleged health benefits of wine. Scientific evidence to back those claims is less certain. | Granger, NYC

5. Lovers of today’s oaky chardonnays and bold cabernets would be surprised if they sipped a vintage 5000 B.C. A paper from 2008 suggests the earliest wines were prized for their sweetness.

6. Sweet or dry, while most dictionaries define wine as fermented fruit juice, others, as well as the European Union, limit the term to products derived only from grapes.

7. And the EU has some clout in the wine world: In 2015, more than 60 percent of wine produced globally was made in an EU-member state.

8. Grapes are the go-to wine fruit because they contain the right proportions of water, tannins, sugar and acids for yeast to multiply and for sugar to break down into alcohol and carbon dioxide.

9. Wines made from other fruits typically contain added sugar and other ingredients for flavor and to balance out the fermentation process.

10. The Vikings once called North America “Vinland” for the bounty of wild grapes they spotted, but varieties native to our shores aren’t the best for making wine due to a “foxy,” or earthy, taste.

11. Even Thomas Jefferson, a viticulture enthusiast, couldn’t bottle an American vintage from his vineyards. He didn’t fare much better at cultivating European grapes there either, given their susceptibility to black rot and the insect phylloxera, a relative of the aphid.

12. About phylloxera: It turns out those “foxy” American grapes were resistant to the destructive critters. In the mid-19th century, grafts of American grape species salvaged Europe’s vineyards during the Great Wine Blight, a devastating phylloxera outbreak centered in France that affected much of the continent.

13. Before you pop a cork to celebrate North America saving the day, note that phylloxera arrived in Europe via New World imports in the first place. Oops.

14. Phylloxera is bad for wine, but wine is good for us, right? Not so fast. Headlines proclaiming a glass of red wine is as good for you as an hour at the gym were based on a 2012 study observing the effects of just one compound in red wine — resveratrol — on rats, not humans.

15. In fact, a 2013 study of men aged 60 and up found resveratrol seemed to diminish many of exercise’s positive effects. Participants working out and taking resveratrol supplements saw fewer improvements in blood pressure and oxygen uptake than those just working out.

16. While red wine gets most of the study spotlight, an analysis of more than 38,000 health professionals found it was no better than beer or spirits at reducing heart attack risk in moderate consumption.

17. Whether it’s good for us or not, wine may be in for rough times. In February, researchers sequencing the genomes of commercial yeast, used in most wine production, announced that inbreeding has created low genetic diversity. That makes it harder for a species to adapt to novel pathogens.

18. Climate change also poses a threat to wine. A 2006 study estimated that rising temperatures would shrink top-quality wine-growing regions in the U.S. up to 81 percent by 2100.

19. Even if vineyards relocate northward in search of cooler climes, increased precipitation in areas like the Pacific Northwest could make crops more susceptible to fungus and rot.

20. It’s not all bad news, though. Critics of the more pessimistic models note that there’s no accounting for adaptation. We’ve been making wine for thousands of years, adjusting to different terrains and climates. Our descendants will almost certainly be enjoying vino for millennia to come. And we’ll drink to that.