20 Things You Didn't Know About the Amazon

A forest, a company, a mighty river. 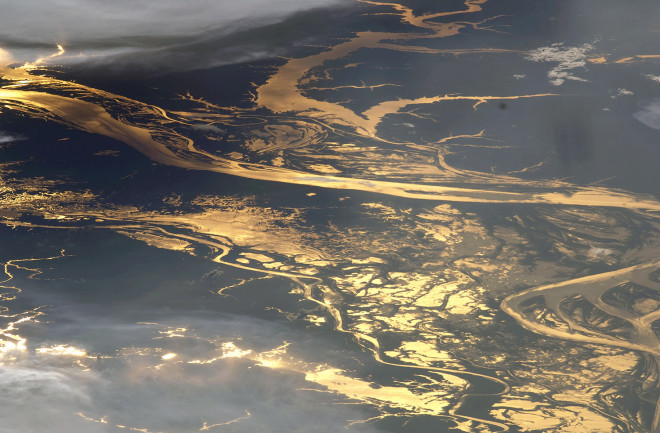 The Amazon River, seen from above. (Credit: NASA)

1. Super-retailer Amazon is all about volume — during its annual Prime Day sale last July, the company says, it sold more than 1,000 items per second. When it comes to moving mass amounts, however, that’s nothing compared with the Amazon River.

2. Depending on the season, the mighty South American river pours more than 10 million cubic feet of water per second into the Atlantic Ocean.

3. Such a colossal water discharge would typically prevent reefs from forming in a river’s mouth due to changes in water properties, like salinity. But that’s not the case for the Amazon: A unique reef system stretches nearly 3,700 square miles into the Atlantic.

4. The reef occurs in the river’s plume, where freshwater currents mix with ocean water. There, the Amazon feeds an army of microorganisms that help sink atmospheric carbon into the deep ocean.

5. From the Andes Mountains, where it begins, to its plume in the Atlantic, the mighty Amazon covers a 4,000-mile path — about as long as a trip to the center of the Earth.

6. If you navigated the river from start to finish, you’d see both clearwater and a murkier blackwater due to changes in the sediments it carries along the way. Scientists believe the diverse water environments contributed to the evolution of the more than 3,000 known Amazonian fish species.

7. For example, because light scatters differently in clearwater and blackwater, at least one of those species, the finger-sized Crenuchus spilurus, developed into two separate lineages. Each population evolved environment-specific fin ornamentation to stand out better to potential mates.

8. Above the surface, the river basin is home to the world’s largest rainforest, which can see over 160 inches of rainfall every year.

9. Scientists estimate the Amazonian ecosystem is home to some 16,000 species of tree — although just 227 of those species account for half of all its trees.

10. A 2017 analysis published in Science suggests ancient people probably had a lot to do with the dominance of woody species, which were cultivated for food and shelter.

11. And the region has been home to more people than you might think. A 2018 Nature Communications paper found archaeological evidence of hundreds of villages in areas far from the river that were previously thought to be uninhabited.

The Yanomami are a group of indigenous people who live in the Amazon rainforest. (Credit: DeAgostini/Getty Images)

12. The researchers believe that, from the 13th through the 15th centuries, these villages may have had up to 1 million residents.

13. Spanning more than 2.3 million square miles, much of the region remains unexplored by archaeologists. It’s also great for hiding from biologists. For example, Vanzolini’s bald-faced saki (Pithecia vanzolinii), a shaggy-haired monkey, was rediscovered in 2016 after vanishing for 60 years.

14. The golden-crowned manakin also went missing for decades. When researchers found it again, they determined the bird is actually a rare hybrid, the offspring of the snow-capped and opal-crowned manakins.

15. Other missing species might not live long enough to be rediscovered as deforestation shrinks the Amazon rainforest. Scientists fear the forest is approaching a critical tipping point at which it no longer will be able to recycle enough moisture to support its own rainfall.

16. The situation became more dire in August, as Brazilian farmers set forests ablaze in a coordinated “fire day” to clear land. As a result, literally overnight, some corners of the rainforest saw a greater than 700 percent increase in such human-caused fires, which devastate entire ecosystems.

17. The imperial amazon parrot (Amazona imperialis) is also under threat, even though it doesn’t actually live in the Amazon rainforest. The bird is native to the Caribbean island of Dominica, where loss of its forest habitat is a problem.

18. The green and purple bird stands out for both its color and size: At 17.5 inches from beak to tail, it’s the largest member of its genus.

20. The mythical Amazon warriors may have also inspired the name of the mighty river. In 1542, indigenous warriors attacked European explorers, who mistakenly thought the locals were women, and, according to some sources, named the waters for their fierce opponents.

Daniel Bastardo Blanco is a Venezuelan scientist and writer based in Memphis, Tennessee. Follow him @dbastardo27.