20 Things You Didn't Know About... Teeth 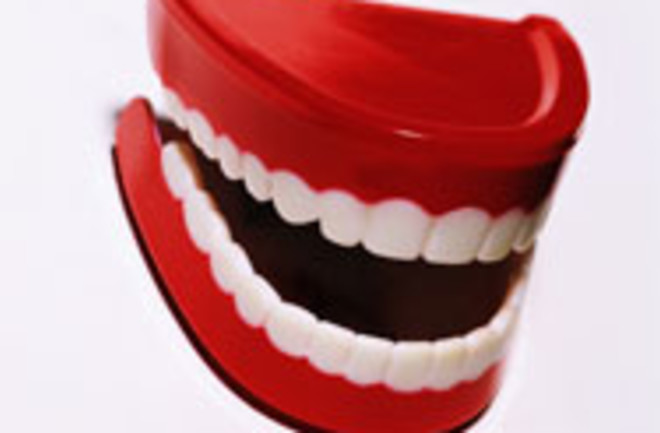 1  Watch what you bite: Enamel, the sturdiest substance in the body, is harder than a copper bullet but slightly less hard than a stainless-steel fork.

2  Enamel also develops tiny cracks that diffuse the stress of chewing and help prevent breaks. Aerospace engineers are studying this feature with an eye toward creating stronger spacecraft.

3  Yet your teeth cannot always stand up to your mouth’s native population of bacteria, which produce acids that leach calcium and phosphate from the enamel—the process that leads to cavities.

4 Nothing personal: Those acids are an accidental by-product created when the bacteria digest sugars in the food you’ve eaten. (Before the invention of refined sugar, cavities were rare.)

5 Fluoride counters tooth decay by preventing the loss of minerals from enamel and promoting reabsorption of calcium and phosphate from saliva into the enamel.

6 In 1945, Grand Rapids, Michigan, became the first community in the world to put fluoride into its water system. Today, two-thirds of U.S. residents get fluoridated water.

7 The next stage in fighting tooth decay? Jeffrey Hillman, professor emeritus of oral biology at the University of Florida, has begun human trials of a genetically engineered version of the oral bacterium Streptococcus mutans, which he modified to produce less acid.

8 This strain also creates an antibiotic that kills other S. mutans strains, allowing it to take over inside the mouth.

9 A study by researchers at Yale and New York University has confirmed a bit of folk wisdom: The more children a woman has, the more likely she is to have missing teeth.

11 In 18th-century England, wealthy women might have opted for a tooth transplant, which was briefly popular among the upper classes.

12 No—really, honey, it was the dentist’s fault: Such operations usually failed, and worse, the transplanted teeth often carried syphilis.

13 Teeth begin developing in utero at about six weeks. Long after birth, they retain many substances to which the fetus was exposed—and so offer a good record of the nutrition and environmental exposures of the child (and the mother).

14 Accordingly, MoBaTann, a tooth bank based in Norway, plans to collect 100,000 baby teeth to study the relationship between pollution and disease.

15 The stem cells that produce teeth can turn up in horrifyingly wrong places. Teeth have been known to form in tumors called teratomas, which may also include hair, bones, or other specialized tissue.

16 The earliest teeth may have appeared in the throats of jawless fish more than 500 million years ago. Like oral teeth, they crushed food as it was eaten.

17 Teeth can still be found in the throats of some fish species today, including cichlids in East Africa’s Lake Malawi.

18 By studying these cichlids, scientists in Tennessee and Georgia have identified the master set of genes that regulate the construction of all teeth in the animal kingdom. The discovery could aid the effort to biologically engineer human teeth.

19 There have already been some remarkable feats of dental engineering. Last year a Mississippi woman became the first American to undergo osteo-odonto-keratoprosthesis, a treatment for blindness caused by corneal damage. An extracted tooth is sculpted to form a frame for a tiny lens and is then implanted in the eye.

20 How could it be otherwise? The tooth of choice for the procedure: an eyetooth, or canine.