20 Things You Didn't Know About ... Marijuana

Pot. Cannabis. Mary Jane. The plant with psychotropic properties has a long pop culture presence — and an even longer record of use. 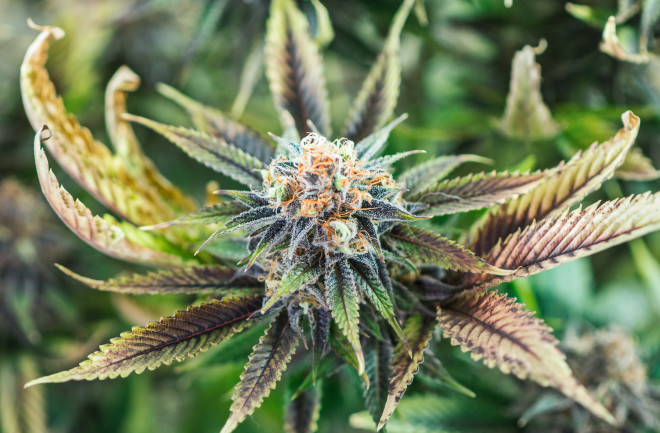 1. Pot. Weed. Mary Jane. Sticky-icky. Nicknames aside, much of the world calls the psychotropic plant by its scientific name, cannabis, and — until the early 20th century — so did Americans.

2. About a hundred years ago, however, the term marijuana became common in the United States, the result of anti-cannabis, anti-immigrant advocates trying to link recreational use of the plant to migrant workers from Mexico.

3. The American groups rallying against both the plant and the people they distrusted borrowed a term — marihuana — that came to prominence first in Mexico.

4. The word marijuana and all its spelling variants, however, may not have Latin American roots. Some researchers have argued the word originated in China, where ma ren and ma hua refer to different parts of the plant.

5. Still other etymologists lobby for an Arabic origin of the word, which may have arrived in Mexico via Moorish Spain.

6. Whatever you call it, cannabis originated in Asia, though researchers of a landmark 2015 genetic analysis of the plant noted its evolutionary history “remains poorly understood.”

7. We do know that humans have been cultivating cannabis for at least 6,000 years and possibly twice that long, which would make it one of our earliest crops.

8. The first evidence of the plant’s cultivation comes from East Asia, where the stems were used for fibers and the fruits eaten. But cannabis is also mentioned in the pen-ts’ao ching, the world’s oldest pharmacopoeia, which was compiled from Chinese oral traditions dating back to 2700 B.C.

9. According to the ancient text, cannabis was used to relieve conditions ranging from constipation to malaria, though its hallucinogenic qualities also were noted.

10. Many other early cultures took advantage of the plant’s psychotropic and medicinal effects, notably in India, where cannabis was considered one of five sacred plants.

11. Cannabis is also mentioned in the Talmud, Judaism’s key ancient text, and evidence of its pollen or oil has been found in several ancient Egyptian tombs, including that of the pharaoh Ramses II.

13. But what plant, exactly? Historical and cultural divisions between different species in the genus Cannabis get messy. Just ask the authors of that 2015 genetic study, who found commercially cultivated plants described as the species C. sativa were sometimes actually C. indica, genetically speaking, or vice versa.

14. The confusion over which strain belongs to which species derives in part from illicit growers ascribing a species name to a plant based on its psychotropic effects, rather than its actual genetic makeup: Many, ah, enthusiasts believe C. sativa produces a stimulating, mind-altering effect thanks to delta-9-tetrahydrocannabinol (THC), a chemical found in the plant’s sticky resin.

15. These non-scientific aficionados also claim anecdotally that C. indica acts more like a sedative because it has a greater proportion of cannabidiol (CBD) than THC. The popular notions are misguided: Both species are typically high in THC and low in CBD. Differing psychotropic effects are more likely due to other chemicals in the resin.

16. CBD, an anti-inflammatory, is considered the most useful active substance for medical marijuana use. In 2011, Israeli researchers bred a strain of the plant loaded with CBD specifically for therapeutic use.

17. Regardless of strain, researchers have long thought the female plant produces the sticky resin, full of cannabinoids including THC and CBD. Recent studies suggest, however, that male and female plants may produce cannabinoids equally.

18. Recreational marijuana use is notoriously associated with the munchies, or junk food cravings, but a 2014 study documented that long-term ingestion of the plant caused mice to eat less and lose weight — at least in a lab setting, without access to Doritos or doughnuts.

19. Another surprise: Although some researchers in the past have described the non-psychotropic variety of the plant, commonly known as hemp, as the subspecies Cannabis sativa L., it’s actually more closely related to C. indica. Dividing Cannabis into species and subspecies remains a sticky issue with little agreement among researchers.

20. Except when it comes to C. ruderalis. Consensus about the uncommon and possibly feral Cannabis species is that it’s of little value for recreational or medical use. So don’t put that in your pipe and smoke it.