They’re itchy, bumpy and sometimes lethal. And most of the critters gifting you with those lovely bites aren’t even technically bugs. 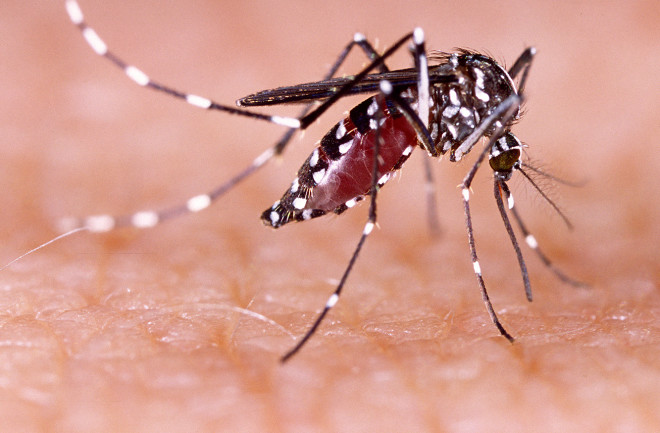 1. Mosquitoes, ticks, bedbugs, flies, fleas, lice, chiggers, mites … many critters blamed for bug bites are not technically bugs. “True bugs” are limited to the order Hemiptera — nitpicky types would limit them to the suborder Heteroptera — which, of the above, includes only bedbugs.

2. Some biting non-bugs do more than just bite. Female botflies, for example, attach their eggs to the underside of mosquitoes. When the mosquito lands on its victim, the eggs hatch and larvae burrow into the victim’s skin, causing painful bumps that can lead to sepsis if untreated.

3. Fleas sometimes transmit disease with their host’s help: Their bites are itchy, so the host scratches, breaking the skin and pushing in flea feces and vomit, which can be loaded with pathogens.

4. Bug bites itch because the host’s immune system mounts a defense against the biter’s saliva by flooding the area with histamines. This causes swelling that can be both seen (in a red welt) and felt (as an itch).

5. The mechanics of some bug bites are impressive. In 2012, researchers at the Pasteur Institute in Paris recorded, via video microscopy, a mosquito feeding on a mouse. After the mosquito’s needlelike snout pierces the mouse’s skin, the mouthpart becomes flexible and can be seen snaking between cells until it locates a blood vessel.

6. That blood is a much-needed meal for a mosquito getting maternal. Like males, female mosquitoes usually get their nourishment from nectar. But most lady skeeters need the protein and iron in blood to produce eggs.

7. The Toxorhynchites mosquito genus, however, which includes some of the largest species, doesn’t bite anyone or anything, getting everything it needs from nectar.

8. The East African jumping spider Evarcha culicivora evolved to feed preferentially on female mosquitoes that have recently had a blood meal, which it can identify by both sight and odor. Now that’s karma.

9. It seems unfair, however, that female mosquitoes out for blood will target other moms-to-be. A number of studies have shown that pregnant women are about twice as likely to be bitten as women who aren’t pregnant.

11. Possible links to birth defects recently heightened concern over Zika, which is spread primarily by mosquito bites. But the virus isn’t new — it was first identified in 1947, during a yellow fever research project in Uganda.

12. The first outbreak of Zika in humans outside Africa was in 2007 on the small Pacific island of Yap. Surprisingly, none of the mosquitoes captured for study during the outbreak carried the virus, known as ZIKV among researchers.

13. Years before Zika made headlines, West Nile virus saw a similar surge in American media attention in 1999 with the first reported U.S. infection.

15. Mosquitoes get a bad rap for the diseases they spread, but ticks actually transmit more diverse pathogens to humans and animals.

16. Ticks feed differently than other biting insects. They don’t have a one-and-done relationship with their host, but instead hang on for long periods — days or even weeks, depending on the species — and feed multiple times.

17. Mosquitoes and ticks may spread more disease, but many people find bedbugs more repulsive, even though documented cases of bedbug-human pathogen transmission are rare.

18. They sure are sneaky, though. In February, researchers published the entire genome of the common bedbug Cimex lectularius. Among their discoveries: The little guys have evolved the largest known array of special proteins in their saliva that block their host’s pain sensations, allowing for repeated, swat-free feeding.

19. Thanks to some very dedicated volunteers who offered up their flesh for science, one experiment found only about 30 percent of bedbug victims experience a reaction to their bites.

20. Case studies have documented a bitelike reaction in some cancer patients who were not exposed to biting insects. Researchers suspect the itchy red lesions may be linked to weakened immune systems, but they’ve been unable to determine their cause. That’s gotta bug ’em.