#20: AIDS Virus Has an Ancient History 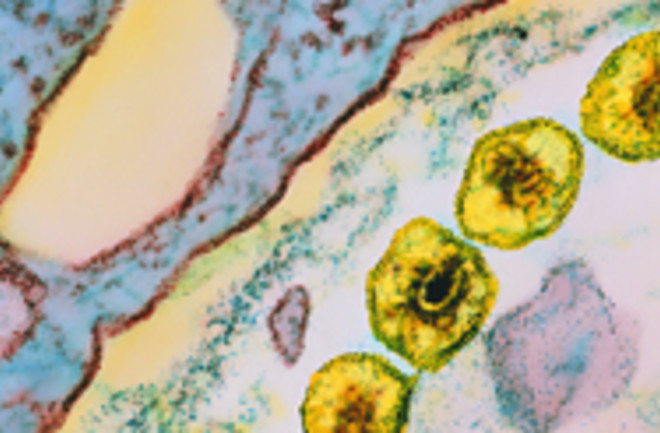 SIV, the yellow circles seen in this bone marrow culture, is the precursor to HIV. | Dr. Gopal Murti/Photo Researchers

HIV is a newcomer among human pathogens, having caused the first known cases of aids within the past few decades. So scientists suspected that SIV, the primate virus that spawned HIV, was just a few hundred years older. Tulane University virologist Preston Marx published research in September that suggests otherwise: SIV seems to be at least 32,000 years old, meaning it coexisted with people nearly all that time before HIV emerged.

Marx’s team did SIV tests on monkeys from Bioko Island, which was cut off from the African continent 10,000 years ago. The Bioko SIV strains all shared ancestry with strains from the African mainland, indicating the virus is at least that old and probably much older. “Events in the 20th century launched the virus from a benign monkey virus into a human epidemic,” Marx says. The growing use of blood transfusions and the rise of crowded cities may have helped pass siv around and let it evolve into HIV.

If we do not figure out what triggered the HIV epidemic, it will be hard to prepare for what might come next. “We could be making new strains without knowing how to stop or control them,” Marx says.