1.5 Million Years Ago, Homo Erectus Walked a Lot Like Us 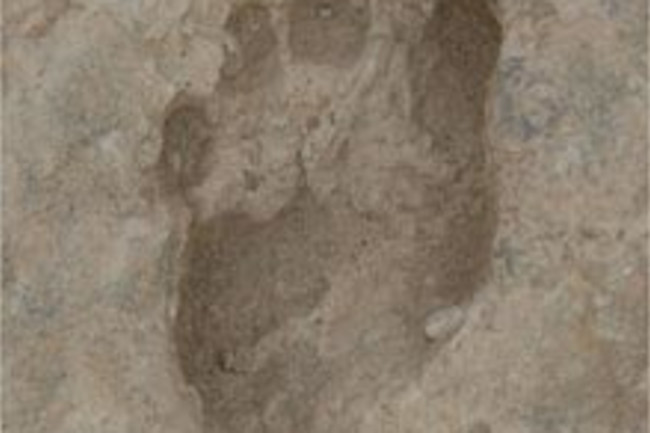 The ancestors to modern humans really hit their stride 1.5 million years ago. Fossilized footprints found in Kenya were made by hominids that share a common foot anatomy and walking stride with modern humans, researchers say. Scientists are almost certain that the 1.5-million-year-old prints belong to Homo erectus and that the individuals had heels, insteps and toes almost identical to those in humans, and they walked with a long stride similar to human locomotion.... The prints helped explain fossil and archaeological evidence that erectus had adapted the ability for long-distance walking and running [The New York Times]. There is evidence of a heavy landing on the heel with weight transferred along the outer edge of the foot, progressing to the ball of the foot and lifting off with the toes [BBC]. The footprints were unearthed near Lake Turkana in northern Kenya, and then analyzed with a new laser technology for digitizing their precise depths and contours [The New York Times]. Two sets of prints were found at different depths, which suggests that the individuals who left them were navigating uneven, and perhaps muddy, terrain—though where they were headed is unknowable. The research, led by geologist Matthew Bennett, has been published in Science. Earlier footprints, dated 3.7 million years old, were found in Tanzania in 1978 from Australopithecus afarensis, the species made famous by the Lucy skeleton. While those prints showed that the species walked upright, however, the Australopithecus's feet, short legs, and long arms suggest to many scientists that it was more similar to apes than to humans. Though no Homo erectus foot bones have been found, other well-preserved skeletons showed the species to be taller and less robust than earlier hominids. The strides of these footsteps suggest that the individuals were an average of 5 feet, 7 inches tall; one, presumably a child, was 3 feet[The New York Times]. Related Content: DISCOVER: Great Mysteries of Human Evolution Discoblog: No Love for Lucy: Hominid Fossil Put on a Good Show, But No One Came DISCOVER: Born To Run: Biomechanical research reveals a surprising key to the survival of our species Image: Matthew Bennett