#100: This Animal Has the Strongest Bite on Earth

A bite from the biggest great white sharks leaves nearly every other species—both alive and extinct—in the dust. 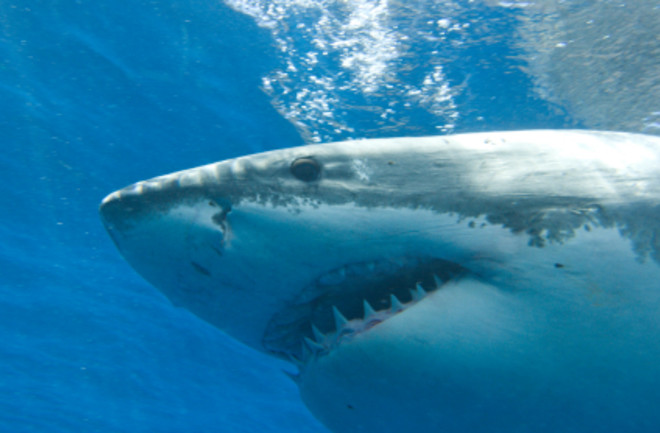 Australian researchers used computerized tomography scans of the head of a great white shark accidentally killed in a commercial fishing net (great whites are a protected species) to construct a model of the animal’s jaw musculature. Their virtual shark was eight feet long and weighed 530 pounds.

Scaling their model up to a shark 21 feet long and weighing 7,300 pounds—akin to the largest of living white sharks—they found that such an animal opening its jaws to a 35 degree angle could squeeze its prey with almost 4,000 pounds of force.

“Everyone knows that great whites can bite hard enough to kill people,” says Stephen Wroe, the lead author of the study [subscription required] and a research fellow at the University of New South Wales. Proving this was not the point of the research. “These sorts of protocols and techniques are readily transferable to modeling medical and surgical techniques, everything from facial fractures to prosthetics to ergonomics,” he says. Did the researchers learn anything about how to counter the bite of a shark? Not directly, Wroe says, “but the models are also useful in the design of sharkproof equipment.”