It's not just mammals that nurse their young. These unexpected animals do, too. 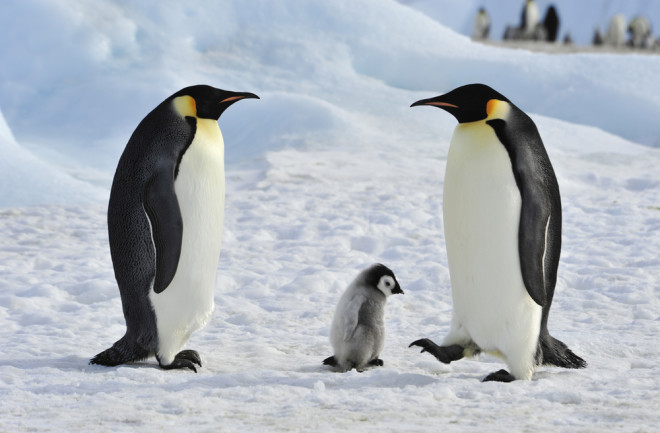 It’s not just mammals that “got milk.” Though we typically think of milk as the lactose-containing liquid that comes from mammary glands, scientists are discovering more species that give their babies a boost by making special substances for them. And these sort-of milks aren’t just nutrient rich, some contain stuff that help babies fight infection or establish a gut microbiome, just like mammalian milk. It’s proof that the animal world still has surprises left to discover.

Both female and male pigeons produce a nutritious white liquid from a food storage pouch in their throat, called a crop. Their squabs eat nothing but this “crop milk” for the first three days after hatching, then the adults start introducing them to pigeon food, though they continue to get crop milk until they’re about 28 days old. Like mammalian milk, scientists have found that crop milk contains antibodies from the parents, activates genes involved in the immune system, and contributes to the gut microbiome. Also, the hormone that stimulates milk production in female mammals, called prolactin, is also what promotes milk production in both male and female pigeons.

For Antarctica’s emperor penguins, it’s the males who spend the harsh winter incubating an egg, and they’re also the ones who make a fatty liquid in their crop. The males regurgitate their crop milk to feed newly hatched chicks. The females don’t make milk, but bring food to the chick instead.

Male and female flamingos make crop milk, too, and regurgitate it into their chicks’ mouths for up to six months. The crop milk is bright red due to the presence of a red-colored antioxidant called canthaxanthin, which also helps the chicks turn from white to pink. Meanwhile, the parent flamingos lose their pink color and become more white during the breeding season as they give up nutrients.

Tsetse flies are biting insects that can spread a parasitic organism that causes human sleeping sickness. And tsetse flies, unlike most insects, give birth. The larva grow inside the female tsetse fly’s uterus, which has glands that secrete a milk-like substance to sustain the larva. Like mammalian milk, the nutritive properties of this “milk” change as the larva grows.

Pacific beetle cockroach larva, like tsetse fly larva, grow inside their mother where they consume a liquid that scientists say is one of the most calorie-rich “milks” on the planet. (Hooded seals are considered to have the most calorie-packed milk—the pups drink their mother’s milk for only four days and gain about 50 pounds on it!).

Female southeast Asian jumping spiders make a nutritious substance for their spiderlings, which depend on it to survive. The spiderlings crowd around their mother, much like a group of puppies or piglets, to feed on this “milk” from her epigastric furrow (where eggs also come out). The “milk” contains four times more protein than cow’s milk, and sustains them for about 20 days, at which point they hunt food on their own.

Colorful Amazonian discus fish make a milk-like mucus to feed their babies (fry). Both parents produce the slime from their skin, which is not only nutrient rich, it also contains beneficial bacteria that colonize and establish the fry’s gut microbiome. The fry feed on it, and nothing else, until they’re about three weeks old. Then the parents start swimming away for longer and longer periods so the young fish can start investigating other foods, like algae and small worms.

Caecilians are tropical amphibians that look like large worms or slimy snakes. Some caecilian species give birth, and the young growing inside the mother eat the cells lining the uterine tube. But in other caecilian species, the outer layer of the mother’s skin transforms into a nutrient-rich snack for the offspring, which peel off and eat the skin with special teeth. While it’s not a liquid, it serves a similar function as milk.

Great white shark pups grow inside female sharks’ uterus, but because they don’t have an umbilical cord to get nutrients like mammals do, the uterus sheds a milky substance to sustain the pup before it’s born. (A few shark species do have umbilical cords and, after they’re born, bellybuttons to prove it!).

A nematode, a microscopic soil-dwelling roundworm, doesn’t have a heart or blood, and their entire body only has about 1,000 cells (a human body has about 30,000,000,000,000 cells). Yet in 2020, scientists discovered that one species of nematode (Caenorhabditis elegans) releases a nourishing yolk protein from their vulva to help their offspring grow. In the process of making this superfood, the nematode mothers’ bodies are destroyed—they die to support their young.