In our planet's sixth great mass extinction event, amphibians are among the hardest hit. 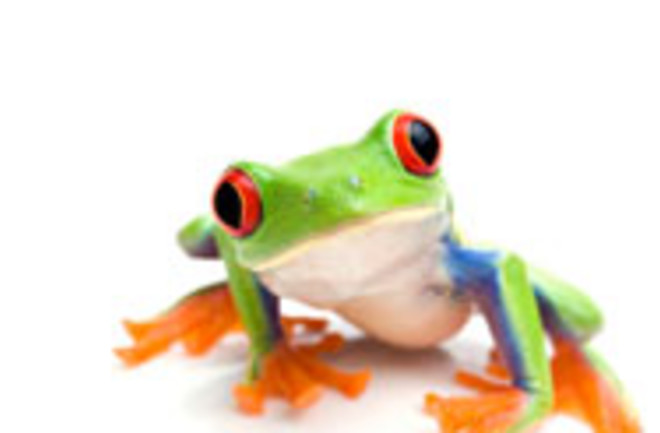 Amphibian species have been facing a steep decline for decades, in large part because of a fungus, climate change, and environment disruption. As many as one-third of the world’s 6,300 amphibian species are threatened with extinction, and researchers fear their loss could wreak havoc on our ecosystem and food webs. Here are landmark studies that have defined the problems and—we hope—will help humans to figure out how to save their froggy friends.

1 The long-term perspective In August 2008 two researchers at University of California at Berkeley published a meta-analysis titled “Are we in the midst of the sixth mass extinction?” The global assessment highlighted the threat of chytridiomycosis, an infectious, rapidly spreading disease caused by a waterborne fungus.

2 The seminal study The study “Statusand Trends of Amphibian Declines and Extinctions Worldwide” [subscription required] showed one-third of the world’s 6,300 amphibian species are threatened with extinction (compared with just 12 percent of all bird species and 23 percent of mammal species). The authors concluded that scientists must begin captive breeding.

3 Problems with captive breeding A September 2008 study published in Current Biology said captive breeding program accidentally introduced the chytridfungus that causes chytridiomycosis into Mallorca in 1991; an endangered frog species was housed in the same room as a group of toads, and the frogs spread the chytrid fungus to the toads. The fungus was not known at this time, so health screening of the toads did not reveal the problem.

5 The global-warming theory It is unclear how the chytrid fungus spreads. A 2006 study in Nature blamed global warming, for creating ideal conditions shifts temperatures to those more agreeable to the fungus’ growth and reproduction—between 63° and 77°F. But there were many outspoken skeptics of this claim (see study #6).

6 Skeptics of the global-warming theory A March 2008

paper said there is “no evidence to support” the global-warming hypothesis. Instead, researchers said, the pattern of the fungus’ spread was typical of an emerging infectious disease; they call their theory the “spreading pathogen hypothesis.” The authors suggested governments and environmental agencies can help prevent the fungus’ spread by regulating potential infection routes, such as the ornamental plant and aquarium wildlife trade.

7 Problems with insecticides October 2008’s Ecological Applications study suggests malathion, the most common insecticide in the U.S., can devastate tadpole populations even at doses too small to kill individual tadpoles. Researchers created simulated ponds in 300-gallon outdoor tanks, placed tadpoles inside, and exposed the ponds to no malathion, a single moderately concentrated dose, or low concentrations in weekly doses similar to the exposure tadpoles experience in (human-altered) nature. Even the small amounts of malathion set off a chain of events that caused a decline of tadpoles’ primary food source: bottom-dwelling algae. Consequently, half the tadpoles in the experiment did not reach maturity and would have died in nature.

9 Beating the fungus Introducing probiotic bacteria into the ecosystem could help lessen the effects of chytridiomycosis, according to research presented in June 2008 at the 108th General Meeting of the American Society for Microbiology. The tests indicated that adding pedobacter, a bacterial species that occurs naturally on the skin of red-backed salamanders, to the skin of mountain yellow-legged frogs decreased chytrid’s deadly effects.

10 Evolving more slowly than the environment A May 2007 study in BioScience attributed amphibians’ decline to their inability to adapt to the current rapid rate of global change. The authors noted the aforementioned pesticide pollution and chytrid infections, as well as habitat loss and UV-B light exposure that causes mutations in amphibian eggs. Amphibians are particularly vulnerable because they have permeable skin, ability to live on both land and water, and eggs without shells. Perhaps most detrimental is their complex life cycle, which makes evolution an even slower process.