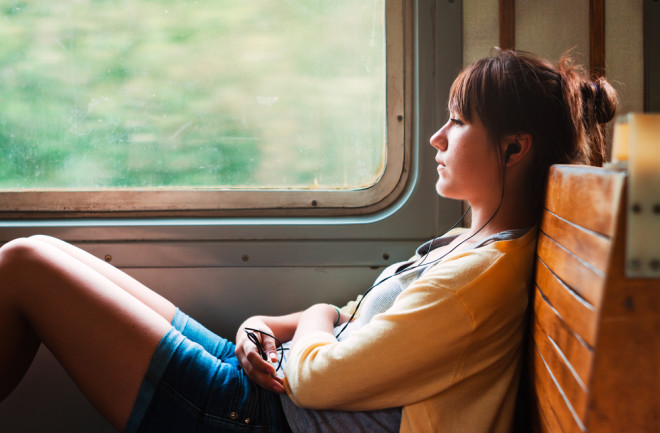 Are you good at putting yourself in someone else’s shoes? Then there’s a good chance that you enjoy R&B. If, instead, you are drawn to take things apart to understand how they work, you likely prefer punk music.

That’s the conclusion of a new study on how musical tastes relate to cognition. “We wanted to address this longstanding question, Why do people like the music that they do?” says study author David Greenberg. “Because you could have one person, for example, who loves Metallica or Rage Against the Machine and then another who would rather listen to Joni Mitchell or Bob Dylan.”

The study, published this week in the online journal PLOS ONE, shows that the way someone thinks – his or her cognitive style – is a better predictor of the songs they’ll like than is their personality type.

However, another way of looking at people’s minds is via so-called cognitive style, which ranges from empathetic to systemizing. Empathizers, on the one hand, are strongly interested in understanding others’ emotions and thoughts. At the other extreme, systemizers are more adept at identifying patterns and analyzing systems.

For the study, over 4,000 participants completed online questionnaires rating their agreement with such statements as “I can pick up quickly if someone says one thing but means another” or “If I were buying a stereo, I would want to know about its precise technical features.” Based on their answers, participants were scored somewhere on the spectrum from empathizer to systemizer. (You can take the test yourself here.)

The participants then listened to 50 musical excerpts, across a range of genres and musical dimensions. They ranked them on a scale from 1 (dislike extremely) to 9 (like extremely).

When they analyzed these results researchers found that empathizers were more likely to enjoy mellow music, such as R&B/soul, adult contemporary, and soft rock. Meanwhile, systemizers enjoyed more intense music, including punk, heavy metal, and hard rock. These traits better predicted musical tastes than any of the five standard personality traits.

And the findings held true even at very granular levels within a given musical genre. For example, highly empathetic individuals preferred mellow rock over intense rock, selecting Jeff Buckley’s “Hallelujah” over “Sabotage” by the Beastie Boys. The opposite was true for the systemizers.

The findings make sense in light of how we relate to music, both connecting with it emotionally and analyzing its composition. Empathetic individuals were inclined towards songs that were relaxing and melancholy, while systemizers enjoyed the fast-paced and complex examples.

Daniel Levitin, a musician, neuroscientist, and author of This is Your Brain on Music, feels that this study fits nicely into our broader understanding of how personal qualities shape our artistic inclinations. “This is situated within a series of studies that are pointing to the relationship of personalities and now brain styles… to an underlying aesthetic sense,” said Levitin. “Things that seem to have nothing to do with music can help us better understand musical preferences.”