Your brain sees your hands as short and fat 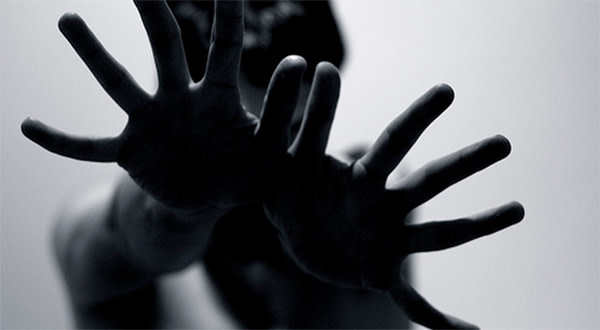 Knowing something like the back of your hand supposedly means that you’re very familiar with it. But it could just as well mean that you think it’s wider and shorter than it actually is. As it turns out, our hands aren’t as well known to us as we might imagine. According to Matthew Longo and Patrick Haggard from University College London, we store a mental model of our hands that helps us to know exactly where our limbs are in space. The trouble is that this model is massively distorted. To keep track of where your various body parts are, your brain maps your posture by processing information from your muscles, joints and skin. Close your eyes and move around a bit, and you’ll still have a good idea of what position you’re in even if you can’t see or touch yourself. But there’s no such direct signal that tells your brain about the size and shape of your body parts. Instead, your brain stores a mental model with those dimensions mapped out. To visualise this model, Longo and Haggard asked volunteers to hide their hand under a board and use a baton to indicate the position of ten landmarks – the tip and base knuckle of each finger. Their answers were surprisingly inaccurate.

They underestimated the lengths of their fingers by anywhere from around 5% for their thumb and over 35% for their ring and little fingers. In contrast, they overestimated the width of their hand by around 67%, and particularly the distance between their middle and ring knuckles. Our mental hand is a shorter, wider version of our real one. Longo and Haggard found the same thing if they asked the recruits to angle their hands at 90 degrees under the board, and if they tested the right hand as well as the left. These distortions actually reflect how sensitive each part of the hand is. The skewed mental map is remarkably similar to another map called Penfield’s homunculus, which charts the areas of the brain’s somatosensory cortex (the bit that processes touch information) that is devoted to each body part. Regions that have a more acute sense of touch correspond to larger parts of the homunculus, but they also loom bigger in our mental map. Regions that are less sensitive are smaller on both charts. As we move from the thumb to the little finger, our digits become less sensitive and the mental map increasingly underestimates their true size. The back of the hand is more sensitive to movement across it than movement along it; accordingly, our mental map depicts a wider, shorter hand. And we have no idea about this. Consciously, the volunteers had a pretty good appreciation of the size and shape of their hands. When Longo and Haggard showed them a selection of hand images and asked them to select the one that best matched their own, they did so very accurately. But even though they passed this test, they still failed to place the baton in the right place when their hands were hidden. If we hold such a distorted depiction of our own hands, how is it that we ever grasp things successfully? It’s possible that our motor system uses a different model but Longo and Haggard put forward two more plausible ideas: that cues from vision are strong enough to override the warped map; and that we learn to correct for the misshapen model. Only by removing both of these factors did they finally reveal how skewed our perceptions actually are. Reference: PNAShttp://dx.doi.org/10.1073/pnas.1003483107Image: Hands by Toni BlayMore on perception: