Listeners can determine if a person is tall or short based on voice alone.

Someone who witnesses a crime can try to identify the perp in a lineup later on — but what if you merely heard a person commit a crime? Would you be able to physically identify the perpetrator based on voice alone?

New research from two experiments by Washington University psychologist John Morton and colleagues indicates that might just be possible. In the first, they recorded two people of the same sex but different heights reading identical sentences and asked listeners to guess who was taller. In the second, study participants ranked five same-sex speakers from tallest to shortest after hearing recorded readings. Both experiments showed that listeners could figure out whether an individual was taller or shorter simply by listening. 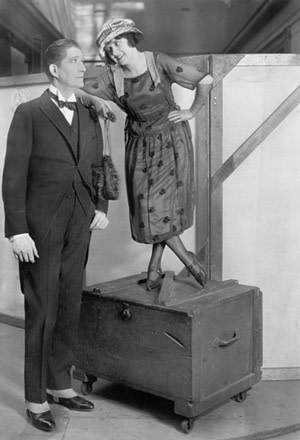 The researchers think people can distinguish between the two by picking up on a vocal property known as subglottal resonance — sounds produced in our lower airways. Taller people’s lower airways are larger, allowing more room for vocal sounds to reverberate and create deeper-pitched tones.

Not that this quality is exactly easy to hear. On some level, though, we’re able to perceive it and make an accurate estimate of the relative height of a speaker 62 percent of the time, according to Morton’s study. So perhaps a hypothetical “ear-witness” testimony wouldn’t be perfect, but the witness would have a decent chance of being correct — just like with eyewitness testimony.

Can you tell who's taller, just by listening to their voice?

Listen to both recordings in a pair and decide who you think "sounds" taller. Then check at bottom to see if you were right!

People in John Morton's study got the right answer over 60 percent of the time. 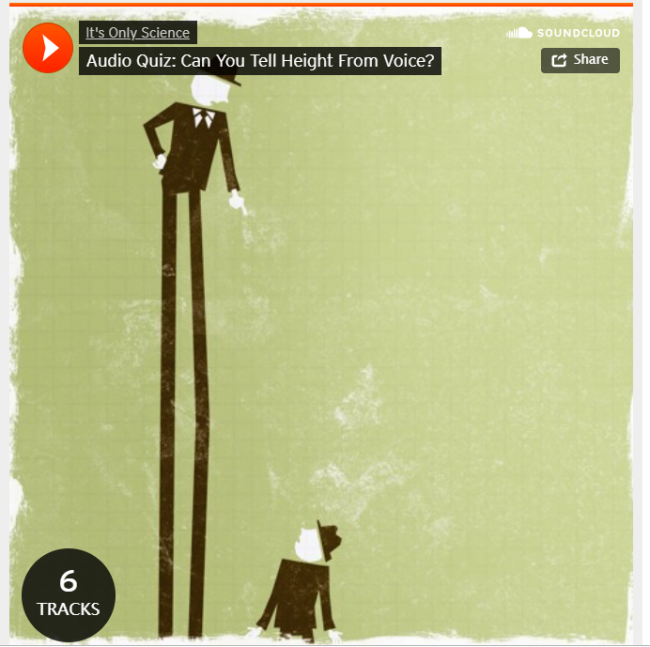 Test 1 - Person B is taller

Test 2 - Person A is taller

Test 3 - Person A is taller