You Know the Five Human Senses — Here Are Four You Don't

Our bodies have more senses than you might think. Here are a few that are crucial to our survival. 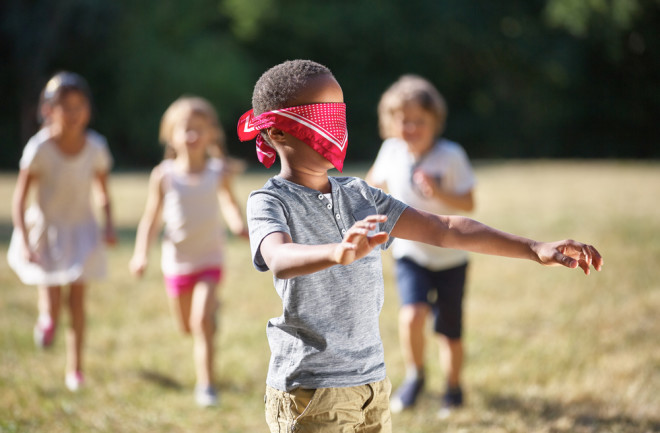 You know five of the human body's senses. But do you know the rest? (Credit: Robert Kneschke/Shutterstock)

Sight, smell, hearing, touch and taste. Almost everyone recognizes our five senses. Without them, we’d have no music, no painting, no culinary delights.

The classic five aside, there’s more than meets the visual cortex when it comes to senses. In addition to the famous five, there are a slew of other senses constantly updating us about the world inside and outside of our bodies. They detect hunger and carbon dioxide and tell us where our arms and legs are. They may not help us see the sunset, smell the roses or tune in to our favorite songs. But without this suite of essential senses working in the background, we likely wouldn’t even be alive.

If you reach up to scratch your head, tug your ear or boop your nose, you’ll probably hit your target even without looking at it. That’s all thanks to proprioception, which tells us where exactly our limbs are in space and how to control them without looking at them. This handy sense allows us to walk with our heads up, throw a ball while gazing at a target and control the steering wheel while looking at the road.

It’s powered by tiny sensory receptors, called proprioceptors, that live in our joints, muscles and tendons. They detect how much tension, strain and load are on our limbs, and are constantly sending that information to our brains. Based on these stats, our brains can discern where our limbs are in relation to our surroundings and the rest of our body. It’s an essential part of coordinating our movements — imagine needing to keep your eyes on your feet every time you wanted to walk somewhere.

Proprioception isn’t the only sense that helps us get around. Another key player is our sense of balance, or equilibrioception. It allows us to stand, walk and move around without toppling over.

Our sense of balance relies on the vestibular (inner ear) system. Our inner ears have streams of fluid that flow between three winding canals. When we nod our head up and down or turn it left, right or sideways, this fluid will flow to one of the three canals, each detecting a specific sense of direction. This fluid helps the brain indicate your head’s position, orientation and motion. Along with input from the visual and proprioceptive systems, our brain uses this information to send messages to our muscles telling them how to stay upright and evenly distribute our weight.

An illustration showing the inner ear and vestibular system, including the anterior, lateral and posterior fluid ducts that help us stay balanced. (Credit: Blausen.com staff, 2014, WikiJournal of Medicine)

While proprioception and balance help us navigate the world outside, we have internal senses reporting on the world inside, too. Perhaps most immediately obvious is our sense of hunger. When we’re low on food, our stomach begins producing a hormone called ghrelin. This hormone travels to a region of the brain called the hypothalamus, where it activates neurons that stimulate hunger. The longer we’ve gone without food, the more our ghrelin levels spike. Once we’ve indulged in a tasty meal, though, these levels drop back down and hormones like insulin and leptin kick in, telling us that we’ve had enough to eat.

We get rid of CO2 by breathing it out, so things like excessive breathing during exercise can cause our levels to drop too low. When they do, we become dizzy, confused and begin experiencing heart palpitations. Conversely, things like anxiety attacks, where we find it hard to breathe, cause our CO2 levels to spike. When they get too high, we start feeling drowsy, disoriented and often get headaches. In both of these scenarios, sensory cells called chemoreceptors, which detect and respond to high and low levels of chemicals in the blood, send signals to the brain. They tell our bodies to either amp up breathing and expel the excess CO2, or to slow it down to avoid losing too much.

A Sense of Uncertainty

While hunger and balance are inarguable components of our sensory system, there is another, far more hotly debated, sense. Some researchers think humans might also be able to sense magnetic fields.

For years, researchers thought that magnetoreception, the ability to detect magnetic fields, only existed in migratory birds, fish and a few other animals. In March 2019, though, a group of researchers published a paper on human magnetoreception in the journal eNeuro.

In their study, they put participants in a chamber surrounded by a small, manmade magnetic field. With an EEG machine, they then watched to see how their brains responded. Ultimately, they saw brain activity in the participants that resembled our response to other stimuli, like sight and sound.

It implies our brains respond in some way to magnetic fields, but what that means exactly is unclear. While the researchers are confident this is the first step toward uncovering magnetoreception in humans, others aren’t so sure. And since this study came out fairly recently, no one has had the chance to replicate their results yet.

For now, though, we can take the time to appreciate all of our known senses — not just the five most famous ones. Because without all of them working together, we might not be the happy, healthy and, most importantly, living people we are today.