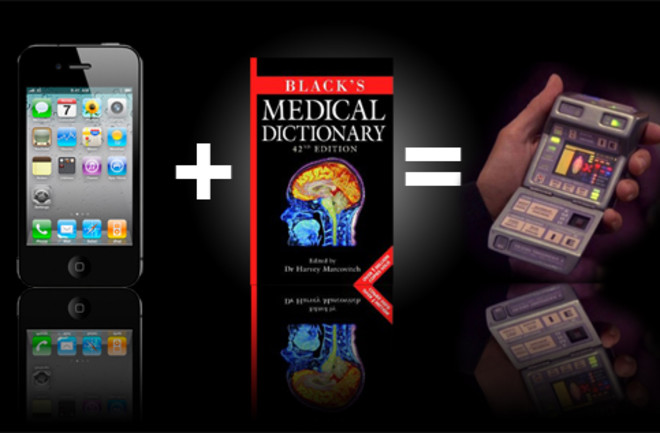 Doctors are not doing so well. In addition to being extremely expensive to train, maintain, and, of course, to visit, they have a lot of other problems. If your doctor is a drunk, an addict, or just plain-old incompetent, his or her colleagues may not tell you or anyone else.[1] Even when doctors are sober and sharp, their diagnoses are often, ahem, less than correct. Mark Walker's "Uninsured, Heal Thyself" paints a pretty terrifying picture:

Physicians can and do misdiagnose frequently: they prescribe for nonexistent diseases or injuries and fail to notice symptoms or make the correct inferences. An article in the Journal of the American Medical Association noted: “Two 1998 studies validate the continued truth that there is an approximately 40% discordance between what clinical physicians diagnose as causes of death antemortem and what the postmortem diagnoses are” (Lunberg, 1998). This is a pretty shocking statistic: in 4 out of 10 deaths there is a disagreement between what physicians think is the cause of death prior to autopsy, and autopsy findings.[2]

Egads. Is there any solution to the doctor debacle? Walker proposes computer-aided diagnosis:

For example, in a well-known 1971 study, a computer diagnostic system was pitted against experienced physicians in the diagnosis of acute abdominal pain: computer diagnosis was 91.1% accurate compared to 79.7% for experienced physicians (de Dombal et. al., 1972). In another study, computer diagnosis matched that of neurosurgeons, orthopedic surgeons and general practitioners in overall average in diagnosing lower back pain. While humans surpassed computers in non-critical cases, computers surpassed humans in diagnosing more critical spinal symptoms in which quick intervention is correlated with better outcomes (Bounds et. al., 1998).

The X-Prize Foundation (famous for spurring the privatization of space flight) agrees with Walker. The foundation is developing a new prize: the "AI Physician X Prize, which will be won by the first team to build an artificial intelligence system that can offer a medical diagnosis as good as or better than a diagnosis from a group of 10 board-certified doctors."[3] Ten doctors - forget a second opinion, every diagnosis would come with a tenth opinion! And where would one keep such an artificial intelligence? Why in a smartphone, of course. A hand-held computer used to diagnose medical issues: that sounds suspiciously like something Dr. Bev Crusher might be using on the USS Enterprise; namely a tricorder. Or, as Dilbert creator Scott Adams calls it, an exobrain.[4] My iPhone already has access to Wikipedia, WebMD, the Mayo Clinic and a free app for the University of Maryland Medical System's medical encyclopedia. In a pinch I could probably use it to help in an emergency until professionals arrived. My knowledge and intelligence is expanded instantly by virtue of owning a hand-held computer with a wireless data signal. Now imagine an app as smart and accurate as a panel of ten doctors in the hands of a trained MD or EMT, emphasis on the "trained." Walker's essay focuses on allowing patients to self-diagnose, but the huge benefit would be for professional diagnoses. Instead of being required to memorize thousands of potential diseases and syndromes, each with their own fickle and bizarre permutations, a doctor's two primary goals would become 1) ensuring accurate, exhaustive entry of symptoms into the tricorder and 2) giving comprehensive, patient oriented care. Diagnoses, particularly esoteric ones, would become the prerogative of the device, instead of certain hobbled, cantankerous MDs named "House." In addition to the symptoms entered by the doctor, the tricorder would have access to the patient's entire medical history -- including reoccurring issues, worsening conditions, potential genetic dispositions, and a plethora of other minutia -- that could be the difference between sending someone home with "drink fluids and come back if it gets worse" and hospitalization. Furthermore, long, infection-prone hospital stays for "observation" would be reduced or even eliminated thanks to better initial diagnoses. With so much potential to help, the tricorder may become an ever-present part of the doctor's uniform, just as the stethoscope did in a previous era. 1. "Doctors don't rat out their incompetent colleagues," Salon 2. "Uninsured, Heal Thyself" JET Press 3. "The Next Five Years of the X-Prize" CNET 4. "Exobrain" Dilbert Blog