There are underlying psychological explanations for why adults so consistently think that kids are deficient. 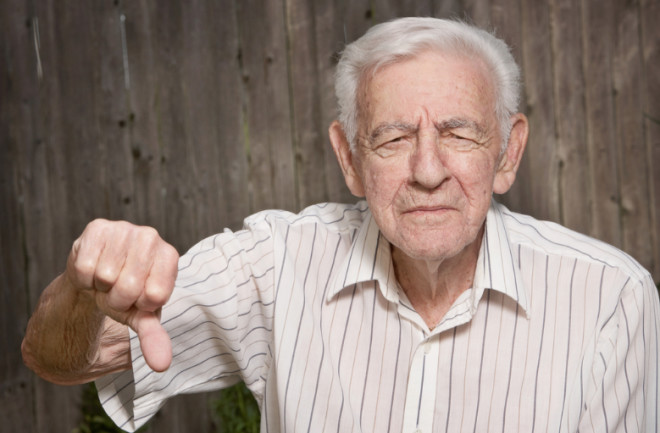 Ugh. Kids these days. They’ve got no respect. They dress all weird. They’re always on their phones. And don’t get me started on their music!

Versions of this argument have echoed through editorials, taverns, hair salons and Roman bathhouses for millennia. Kids these days just aren’t what they used to be.

To hear the various ills of youth, one might well think that Western civilization has been in decline since it started. The culprits? The kids, of course. Specifically, the ones these days.

Given the lengthy history of such arguments, we’d do well to cast a skeptical eye. Indeed, damning comparisons between such claims today and from decades or centuries ago already abound on the internet. The older folk have been casting aspersions on the young since long before anyone alive today was born.

Now, a new study gives us some perspective on why the “kids these days” argument has such staying power. Unsurprisingly, it has little to with the kids and more to do with the grown-ups. Call it “adults these days.”

In a study published in Science Advances, two researchers from the University of California, Santa Barbara, asked random samplings of adults to rate today’s youth on different measures: respect for their elders, intelligence and reading.

For all three, the setup was the same. They assessed the participants’ own views on the subject and then asked them to rate kids today. For the first, that meant finding out how authoritarian the participants were and then asking them whether they thought kids today had respect for their elders.

The outlook was pessimistic. Kids today indeed lack respect for their elders, the study participants said on average. Ditto for their enthusiasm for reading. The results for intelligence were less clear — participants on average thought the youngsters were about as smart as ever.

The researchers also matched participants’ beliefs about the kids to their own levels of authoritarian beliefs, reading proficiency and intelligence (though the last two were obtained from fairly basic metrics).

They found that the more a person identified with a particular attribute, the more likely they were to believe that the kids today were falling short. The more knowledgeable readers, for example, were more likely to believe that kids today like to read less. The same trend held for respect and intelligence (even though participants on average thought kids today were just as intelligent as before). The trend didn’t carry over to other traits, though. Being a bibliophile didn’t predict whether someone thought kids had less respect for authority, and so on.

Their findings point to some underlying psychological explanations for why adults so consistently think that the kids are deficient, the authors say. First, we tend to judge others more harshly in areas where we excel. An ardent reader, then, will be more likely to deride someone else’s reading habits. Second, our memories of what we were like as children can’t always be trusted.

“We are imposing our current self on the past,” says John Protzko, a postdoctoral researcher at UC Santa Barbara and coauthor of the paper. “We’re sort of idealizing kids of the past.”

So, we’re likely to assume that our childhood selves had the same abilities that we do today, though in reality we may have spent a lifetime honing those skills. The kids of today, in comparison to our falsely praiseful memories, have a hard time measuring up. The result is a perceived decline in ability over time, even when none exists.

Straightening Out Our Beliefs

So, now that we know what’s happening, we can correct our biases against the kids, right? Unfortunately, it might not be that easy.

Even when people are aware of the effect, they find it difficult to change their minds, Protzko says.

“When you talk to people about it, they always like to say, ‘Right, but isn’t it objectively true now?’” he says. “It seems so obvious to people.”

The bias against kids shows up even among researchers who have spent their careers studying the mind. Protzko says his study was inspired by a meta-analysis he did a few years ago looking at a classic test of delayed gratification called the marshmallow test (it essentially tests whether kids can keep themselves from eating something tasty). He found that kids had been performing steadily better on the test over the past 50 years.

“Before I analyzed that data, I did a survey of experts in cognitive development to find out what they would predict the result would be. About 82 percent … predicted that either times would go down or they wouldn’t have changed,” he says. “This was the first time I’d seen [the ‘kids these days’ effect] in a group of experts who work with these ideas.”

In fact, the only thing that seemed to reduce adults’ bias against kids was to gaslight them. In another study in their paper, the researchers again asked adults whether kids these days liked to read, but with a twist: They told some of the adults that they had scored terribly on their own tests of literary accomplishment.

“It turns out that that actually softens their views on kids not liking reading,” Protzko says. “It does so because they’re changing their beliefs of the past.”

In keeping with the finding, Protzko notes that people with less inflated views of themselves are less susceptible to the kids these days effect.

“People that aren’t very intelligent or aren’t very well read or don’t respect authority, they tend not to think kids are so bad,” he says.

So take heed, adults (and kids that will grow up to be adults). You may not understand the kids these days. You may not even like them. But before you cast judgement, remember to ask: How well do you know yourself?