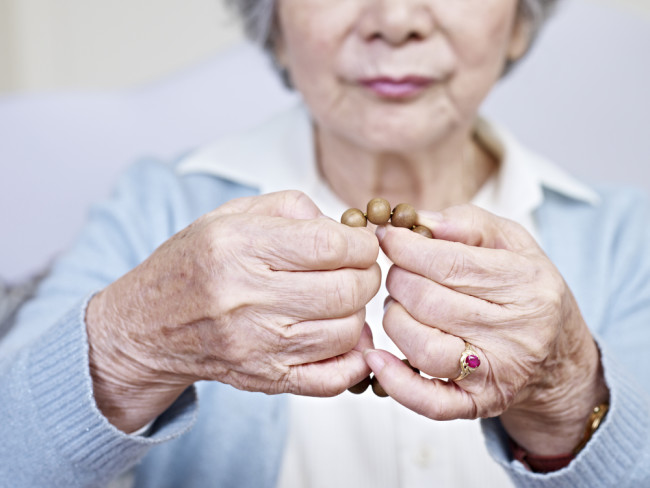 In the South Pacific there is a place so remote that few people have ever heard of it, let alone seen it: the Trobriand Islands. The Trobriands are located off the east coast of Papua New Guinea, and no white man had set foot there until the late 1700s. During World War I, however, the islands were visited by a man who would one day become a legend in the field of anthropology, Bronislaw Malinowski. Malinowski was a stork of a man—thin, pale, and balding—often seen wearing a pith helmet and socks up to his knees. He had terrible eyesight, was a hypochondriac, an insomniac, and on top of it all had a strong fear of the tropics—in particular, an abhorrence of the heat and the sultriness; to cope, he gave himself injections of arsenic. Malinowski was, nonetheless, a keen observer of humankind. And as he watched the Trobriand Islanders go about their lives, he noticed something odd. When the islanders went fishing their behavior changed, depending on where they fished. When they fished close to shore—where the waters were calm, the fishing was consistent, and the risk of disaster was low—superstitious behavior among them was nearly nonexistent. But when the fishermen sailed for open seas—where they were far more vulnerable and their prospects far less certain—their behavior shifted. They became very superstitious, often engaging in elaborate rituals to ensure success. In other words, a low sense of control had produced a high need for superstition. One, in effect, substituted for the other.

Malinowski’s observations occurred a century ago, and the world of those Trobriand Islanders is far removed from the one that most of us inhabit today. Yet their modern-day descendants are still with us. If you want to see some, just go to a baseball game. Baseball players, as some of you may know, are renowned for their superstitious behavior. Babe Ruth, famously, always touched second base when he came running in from the outfield. And Hall of Famer Honus Wagner believed each bat contained only one hundred hits. Regardless of the quality of the bat, he would discard it after its hundredth hit. Over the years, players’ superstitious habits have become, if anything, even more extreme. Before each game, for instance, former Red Sox third baseman Wade Boggs would eat the same meal: chicken—fried or otherwise. But that was only the beginning. Boggs always practiced batting and wind sprints at the same time of day (5:17 p.m. and 7:17 p.m., respectively), left his house at the same time on game days, and drew the word “Chai” (Hebrew for “life”) in the dirt before coming up to bat (and Boggs isn’t Jewish). Likewise, All-Star slugger Jason Giambi had a cure for hitting slumps: gold lamé thong underwear, which must have been quite a sight in the locker room. And former Chicago Cub outfielder Moisés Alou had an even stranger pregame ritual: he would urinate on his hands—ostensibly to get a better grip on the bat and to prevent blistering and the formation of calluses. Odd behavior? Without a doubt. But very Trobriand-like. Look closely, and you will see that the superstitious behavior of baseball players is targeted almost entirely toward the aspect of the game over which the players typically have the least control: offense. Defensive play in baseball, by comparison, is a low-risk venture that lies largely within a player’s control. Usually, all a player has to do is catch—and then, perhaps, throw—the ball. This is an admittedly difficult task, especially for normal human beings. But it is something professional baseball players do exceedingly well. Despite the bloopers you might see on ESPN, fielding errors in professional baseball are rare. The fielding percentage among all major-league baseball teams is just over 98 percent. Moreover, this performance is remarkably consistent. In 2012, every major-league team—even the awful ones, like my Chicago Cubs—recorded a fielding percentage of at least .980. Defense, in other words, is a lot like fishing close to shore: it’s not a sure thing, but it’s close. Batting, however, is another story. Here, failure is the norm. In 2012, the combined batting average for all major-league teams was just .254, or 25.4 percent. This means that the best baseball players in the world failed to get a hit nearly three out of every four times they came to bat. And for those batters who do manage to make contact with the ball, much still depends on chance: where the fielders happen to be standing at the time the ball is struck; whether the sun is in a fielder’s eyes; whether a ground ball hits a clod of dirt and bounces fair or foul—a thousand things can happen between the time a ball is struck and the time the player reaches first base—and the batter has no control over any of them.

It is precisely during these moments of vulnerability—when we feel we have done all that we can do and the matter is out of our hands—when the pull of superstition becomes almost irresistible. Soldiers in battle, of course, have long been known for their superstitious ways. During the war in Iraq, for reasons no one has ever been able to explain, many American troops developed an aversion to the A-word—“apricots”—and refused to eat them or even go near them for fear of the bad luck they would bring. Civilians fighting their own battles are no different. In his acclaimed oral history of the Great Depression, Hard Times, the writer Studs Terkel interviewed dozens of Americans who lived through the 1930s. One of them was the artist Robert Gwathmey, who died in 1988. Gwathmey was an eighth-generation Virginian who had grown up in Richmond. Then as now, Richmond was the tobacco capital of the United States. To a degree, this insulated the city from the ravages of the Depression; even in hard times, people smoke. Nevertheless, the Depression took a toll. “Many people committed suicide,” Gwathmey told Terkel. But more remarkably, he said, Richmond’s residents—even prominent, churchgoing ones—became superstitious and developed a keen interest in palmistry and the occult. “The Ouija board was a big deal then,” he said. “They couldn’t afford to go to a movie, perchance, so they’d say: We’ll all play the Ouija board tonight. The questions people would ask! They wouldn’t ask: May I speak to my grandfather? or something like that. They would ask: Is So-and-So’s bank going to fail tomorrow? Things were that current. Call it mystique if you will, but things came down to the rock-bottom.” And it is here, at rock bottom, that superstition appears to do the most good. When the chips are down, when the pressure is on, when we are up against it, simply believing that we have some sort of edge can be enough to actually give us that edge, whether we realize it or not.

Sometimes the edge afforded by this belief is small and finite. In one experiment, students were each given a word problem. But the problems were not all the same; some were solvable and some were not. After working on these for a while, the students were presented with a new set of problems to solve—anagrams. The students were also given a questionnaire that allowed the researcher to determine which of them were superstitious and which were not. This, as it turned out, was an important distinction. After being stumped by the unsolvable problem, students with a high level of superstitious belief solved more anagrams than did students with a low level of superstitious belief. Superstition spelled the difference. Sometimes, the edge superstition affords us is so large that our lives may depend on it. A case in point occurred in 2006, during the war between the Israeli military and Hezbollah forces in southern Lebanon. For thirty-four days, the two sides shelled each other; more than a thousand people were killed, most of them in Lebanon. Many people, understandably, fled to safer areas, but some stayed behind. Among those who remained, a team of researchers from the United States focused on one subgroup: Orthodox Jewish women in the northern Israeli town of Safed. Like the Trobriand Islanders fishing in open water, the women of Safed found themselves adrift in a perilous situation over which they had little control. But for them, it wasn’t storms they feared; it was missiles. Deadly Katyusha rockets rained down daily; they could strike anyone, anywhere. How, the researchers wanted to know, did the women cope with such uncertainty? The answer, in part, is that the women engaged in a ritual of their own: reciting the Book of Psalms. Although reciting psalms is not mandated by Jewish law, it is done by Jews throughout the world, more often by women than men. Psalms are typically chanted quietly by the women, who often rock back and forth while reciting them. Among Jews, the 150 poems that comprise the Book of Psalms are considered a source of strength and protection; even secular Jews are known to keep the Psalms nearby. It is their edge—and a far more effective one than you might believe. By subjecting the women to a mood disorder scale, researchers were able to determine that reciting the Book of Psalms produced not merely a psychic benefit, but a tangible one: it measurably lowered the women’s level of anxiety, allowing them to carry on with their daily lives in the midst of a war zone. Like the students faced with the unsolvable problem, they were able to persevere. 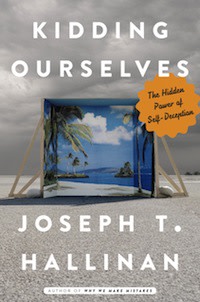