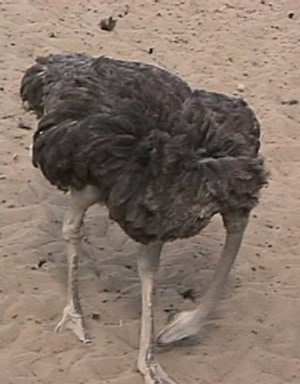 We humans aren't the most logical creatures. Take information processing: if we were perfect reasoners, we would absorb all the new facts we learn and use them to modify our view of the world. But while we do something like this with good news, bad news tends to go in one ear and out the other. While this good news / bad news effect gives you a more positive outlook on life, it can make you blindly optimistic, unprepared for the real consequences of medical problems or natural disasters. In order to unravel this irrational thinking, researchers wanted to identify the responsible brain structure

. They suspected the left or right inferior frontal gyrus

, which is a ridge on the frontal lobes. These parts of the brain helps us update our beliefs and inhibit actions and memories, so the scientists suspected that they may be able to also inhibit our absorption of bad news. To test their hypothesis, the researchers used magnetic stimulation to disrupt normal brain activity in 30 subjects, targeting either the left or right inferior frontal gyrus, or a control region of the brain. Then the participants had to estimate how likely 40 different negative events, from disease to robbery, were to happen to them. After making their best guess for each event, the subjects either received the uplifting news that the even was less likely to occur than they'd estimated, or the negative news that it was more likely to occur. In a follow-up session, the participants made new guesses for each event. Under normal conditions, the updated estimates would take positive but not negative information into account. And this is exactly what happened in subjects who received magnetic stimulation in the right interior frontal gyrus or the control area. But the bias disappeared in those who had disruptions to the left interior frontal gyrus, which suggests that this brain region is responsible for the good news / bad news effect. So now we know how to prevent our brains from chanting “la la la I can't hear you” every time they hear something unpleasant. And while it's hard to see magnetic stimulation becoming some sort of casual medical treatment, this finding does add a piece to the puzzle of how our brains function.