Why Does the Music From Our Teens Stay With Us Forever?

The science behind music nostalgia. 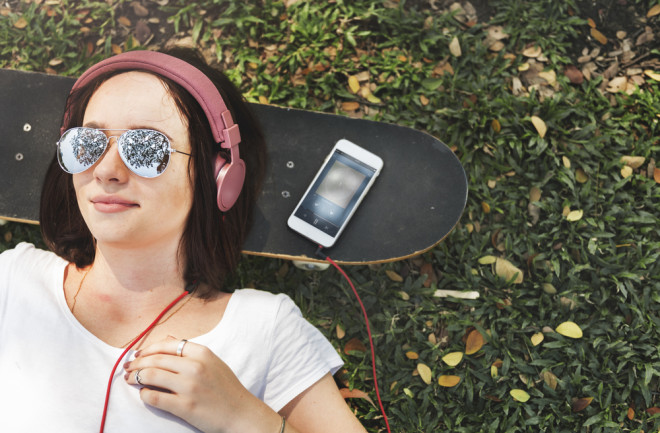 Just last week, Taylor Swift released rerecorded versions of her earlier albums, over a decade after their initial release, transporting hundreds of thousands of people back to their youths. Releasing the music triggered an overwhelming amount of nostalgia throughout her fanbase, causing many people to reconnect to a long-ago time of their lives.

As her music took the world by storm, it made me wonder about my own emotional connection to music from formative incidents of my life. It made me think about how when talking to adults in their 30s, 40s or 50s, I most often hear them recommend music from their own adolescence. When hearing a song from their youth, their eyes glaze over as they dive into a tale from their past and how the song playing is connected.

So, why does the music from our teens seem to stick with us the most throughout our lives? It may be due to music’s ability to evoke memories from our past.

There's a tendency for people who are middle-aged or older to access personal memories they aquired between 10–30 years of age. Psychologists have dubbed this the reminiscence bump, which refers to our ability to recall important memories from our formative years. Childhood amnesia may also be at play. It's a mysterious phenomenon that describes the inability to remember life experiences before a certain age — which also might partly explain why the reminiscence bump acts from age 10 and onward.

A 2014 research study on childhood amnesia concluded that "accelerated forgetting throughout childhood results in an ever-shrinking pool of memories from early in life. The resulting distribution of memories reveals childhood amnesia in the making." What this means is that as children grow and mature, their memory starts to exhibit the same level of development seen in adults. Put simply, forgetting things that happen is more prevalent in adult brains because memories might fail to stick — which also makes them more vulnerable to being lost. This may be why the music from our teens, a time period in which we have a stronger ability to recall, means so much to us.

Beyond that, a 2008 study found that "hearing music associated with our past often evokes a strong 'feeling of knowing'." In other words, simply listening to music or even talking about it can often evoke memories about things that have happened to us in the past. Another experiment found that old songs tended to evoke various strong emotions — especially positive ones such as nostalgia.

You Are What You Listened to

The link between music and our formative years is perhaps stronger than we think. As Sarah Heilbronner, a neuroscientist at the University of Minnesota Medical School, explains, “the brain goes through several 'sensitive periods' during which it is particularly plastic, or changeable. The most famous sensitive periods are during early infancy and childhood," she says. "More and more, though, we are understanding that there are also sensitive periods later in development, such as during adolescence. We can see a number of brain maturation processes that track with these later sensitive periods.”

Heilbronner elaborates that one possibility is that there is a sensitive period for memory that overlaps with the reminiscence bump. This would make the brain neurally prepared to encode new long-term memories. She says there is also evidence that adolescence is a sensitive period for a lot of factors related to personality development, like social cognition and motivation. “So it would not be surprising for the reminiscence bump to be tightly linked to personality. Does that mean that the music you listened to and enjoyed as a teenager will shape your personality? It seems plausible, but at this stage, I would consider it very speculative.”