Why do some people like rare hamburgers while others prefer well-done? 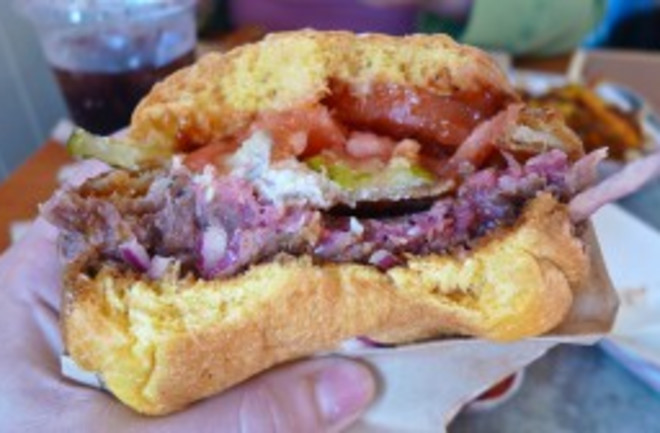 Do you like your steak black and blue or just blackened? According to this study, your preference may depend on the emotions you feel when looking at raw meat. Here, researchers first showed 1046 Norwegian subjects pictures of either a rare or a well-done hamburger and asked them to indicate whether the image elicited “fear, disgust, surprise, interest, pleasure, or none of these.” The subjects were then told to rate their likelihood of eating burgers done to different levels (see figure below). Although it’s hard to untangle cause and effect in this case, those subjects who experienced interest or pleasure while looking at the rare burger were more likely to want to eat rare meat than those who experienced fear or disgust. My question is this: who are these people who are afraid of hamburgers? Hamburger hazards and emotions. “Previous studies indicate that many consumers eat rare hamburgers and that information about microbiological hazards related to undercooked meat not necessarily leads to more responsible behavior. With this study we aim to investigate whether consumers’ willingness to eat hamburgers depends on the emotions they experience when confronted with the food. A representative sample of 1046 Norwegian consumers participated in an online experiment. In the first part, participants were randomly divided into two groups. One group was confronted with a picture of a rare hamburger, whereas the other group was confronted with a picture of a well-done hamburger. The respondents were instructed to imagine that they were served the hamburger on the picture and then to indicate which emotions they experienced: fear, disgust, surprise, interest, pleasure, or none of these. In part two, all respondents were confronted with four pictures of hamburgers cooked to different degrees of doneness (rare, medium rare, medium well-done, well-done), and were asked to state their likelihood of eating. We analyzed the data by means of a multivariate probit model and two linear fixed-effect models. The results show that confrontation with rare hamburgers evokes more fear and disgust than confrontation with well-done hamburgers, that all hamburgers trigger pleasure and interest, and that a consumer’s willingness to eat rare hamburgers depends on the particular type of emotion evoked. These findings indicate that emotions play an important role in a consumer’s likelihood of eating risky food, and should be considered when developing food safety strategies.”

Fig. 1. The four hamburger pictures used as stimuli in the experiment. Hamburgers were cooked to core temperatures of 55°C (A), 65°C (B), 73°C (C) and 80°C (D). The respondents of the survey were asked not to take the shape and thickness of the hamburgers into account when considering the pictures, but to look at the meat color and texture.

Related content: Low sperm count? Time to put down the sausage. Friday Flashback: If you ever eat food dropped on the floor, read this. Just living near fast-food restaurants makes experiences less pleasurable.