Is “sense of direction” really a thing? Or is something much more mysterious at work in our minds? 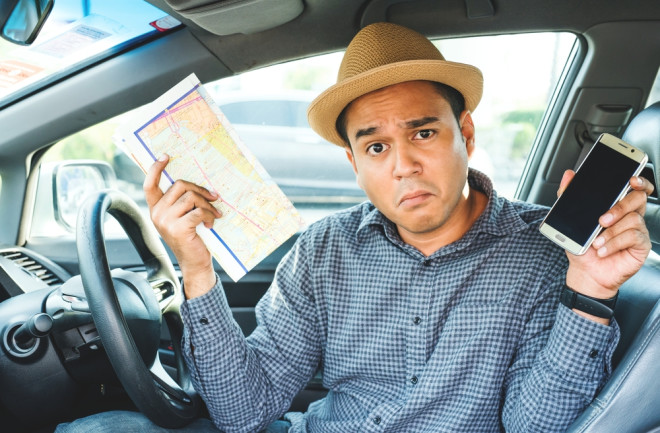 Have you ever found yourself not being able to find your car in the big parking lot? Or are you someone who always knows perfectly where they are and how to get everywhere? Some people seem to know their way, even in places they've never been to before, while others get lost all the time. I was curious to find out more about how and why people get lost, because I’m really good at it.

I got lost in my neighborhood, not just once but twice.

Are natural wayfinders just geniuses, while others (like me) have some sort of directional deficiency or neurological condition? The answer is more complicated — and more amazing — than you could have imagined.

What Really IS A Sense of Direction?

When we talk about a sense of direction, or orientation, we usually mean the ability to get from one place to another: from our home to the grocery store, from work to the bar where we’re meeting our colleagues. But to achieve that, we need a couple of skills that are taking place in real time.

“We talk about two simultaneous things that are happening. One is mapping — that is figuring out the map of the world around us. And the second one is localization — which is figuring out where you are inside that map,” says Manu Madhav, assistant professor at the School of Biomedical Engineering and the Djavad Mowafaghian Centre for Brain Health at the University of British Columbia.

While we think of orientation as a sense, it’s actually a combination of senses working together. “When you are in the real world, you have a certain expectation that as you’re moving forward, your sight will tell you one thing, that things are moving backwards. That’s producing a sound that will become a bit louder: that’s hearing. All of those senses are individually contributing to a coherent sense...and that’s what your brain interprets as moving forward,” explains Madhav.

Besides smell, taste, sight, touch and hearing, we actually have two more senses: the vestibular sense or system (which has to do with our perception of our body in space), and proprioception (which has to do with the movement of muscles and joints). The vestibular system is very important in our sense of orientation. “If you open your eyes, look around, and know where you are [then] close your eyes and take five steps...you still know where you are, because your vestibular system is still going….It’s simulating your position in your internal map and determining where you are,” says Madhav.

Where Does It Go Wrong?

There are many reasons why some people can have a bad sense of direction. “If you have attention problems, you can get lost. If you have perceptional problems and you might not be able to see colors correctly, then you might get lost. If you have memory problems, then you might get lost. There might be other reasons why you can get lost,” explains Giuseppe Iaria, a neuroscientist at the University of Calgary, who studies a condition called developmental topographical disorientation, or DTD, that causes people to get lost even in places they know well. The underlying reason for this condition is an inability to form a cognitive map of their surroundings.

According to Iaria, people with DTD are “normal people, with good and social skills; they just have a very selective deficit with orientation.” Iaria runs a website called Getting Lost to help such people improve their orientation skills. In the case of people with DTD, it’s not just one brain area that’s affected. Instead, “it’s simply a problem of functional connectivity in the brain...we have found that [certain] regions are important for special orientation and navigation...they are not well synchronized.”

But the cognitive map plays a bigger role in our daily functioning. “It’s the same map that’s used as a memory map. You have had the experience of smelling something and the smell triggering a memory. The smell system is closely related to the hippocampus, and it’s only a couple of synapses away. So smell can trigger a memory very easily,” explains Madhav.

Another reason people keep on getting lost is the fact that there could be an issue with coordination between different senses. “One of the things that can happen is we get motion sickness; for example, because there is a lot of conflict between your eyes and inner ear. A conflict between the senses...can cause you to become disoriented,” explains Madhav.

Moreover, a bad sense of direction can go beyond navigation because the same circuit that we use for navigation can also be used for planning and solving tasks. “Navigation, planning and memory, all of them are completely related,” says Madhav.

So, bottom line: I still have no idea why I’m so bad at special orientation. But it definitely helps knowing that I’m not alone.