Why Do People Talk in Their Sleep?

Newer research seeks to explain the altered brain activity that triggers sleep talking and why it only sometimes mirrors our dreams. 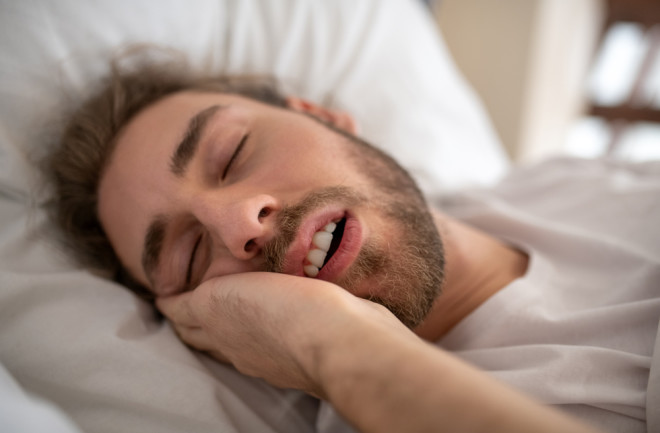 If you’ve ever talked in your sleep, you likely only know about it because someone else was awake to hear you. And when that person told you, a sudden, profound feeling of panic may have led you to wonder: Did I reveal my deepest secrets — just like in the 1983 “Talking in Your Sleep” song by The Romantics?

Probably not. Deirdre Barrett, a psychologist and long-time dream researcher at Harvard Medical School, says that sleep talkers might describe an intense, important thing from their lives once in a while, but it’s often mixed in with gibberish that makes it difficult to tell fantasy from reality.

“The idea that a sleep talker is always going to be telling the truth about waking reality is definitely not the case,” says Barrett. Instead, she emphasizes that sleep talking is nothing to worry about, even if the breakthrough messages seem anxious or frightened (which she notes is common and normal).

But for how often any kind of nighttime babbling occurs — studies suggest up to 20 percent of children and six percent of adults are frequent sleep talkers — many scientific mysteries remain, including exactly why sleep talking happens and its relationship to the talker’s dreams.

On the other hand, since non-REM sleep doesn’t lead to paralysis, Barrett says sleep talking during this stage is thought to be caused by “partial awakenings” of brain regions involved in language production that can be picked up with electrodes on the scalp, called EEG. “The person wouldn't show a full waking EEG, but they'd show little areas of the brain or moments [in time] that look somewhat awake rather than like normal non-REM sleep,” she says.

This theory relates to other studies finding that sleep disorders in general may be caused by abnormal “wake-like” activity in certain brain areas that leads to waking behaviors during sleep. Yet, little is known about what causes the brain activity to become more wake-like and what threshold pushes someone to speak out.

What Do Sleep Talkers Say?

The things people say depend heavily on what sleep stage they’re in. Barrett describes a gradual progression during the four stages of non-REM sleep that goes from primarily mumbling sounds and simple words in the deepest sleep of stage four, to simple phrases in stage three, and finally complete sentences that begin in stage two.

But the magic happens during REM sleep. “In REM, you just hear anything you can imagine,” says Barrett. She’s often heard recordings of sleep talkers going on monologues, or appearing to have a conversation with someone (and waiting the appropriate amount of time for the other person to answer). More rarely, people will even sleep talk both sides of a conversation. “They tell jokes, they laugh, they cry, they sing songs — just about any kind of verbalization that you could do awake, they do,” Barrett says, but adds that generally the speech is not as logical as what someone would say while awake.

Yet even if the content of sleep talking seems off-the-wall, it’s still grammatically correct. In one of the only recent studies to look at linguistic features, researchers analyzed language from 232 French sleep talkers and found that the sentences paralleled waking complexity and followed grammar rules.

In terms of what people said, the study showed that the most popular word during slumber was “no” or its variation. Swear words were another popular choice, popping up much more frequently at night than in daytime speech. And verbal abuse more generally, like insults and condemnations, was surprisingly common — far outnumbering polite language. The authors suggested that the high amount of negative content in sleep talking may reflect the negative mental content of dreams in the sleeping brain.

“It's like the part they're remembering and the part that they said out loud don't seem quite the same,” says Barrett. “There is generally some relationship, but it's much looser than you might assume.”

Anything You Say Cannot Be Held Against You

While sleep talkers can’t totally rule out saying embarrassing things, the good news is that it can’t be held against them in a court of law. Mark Pressman, who spent forty years as a clinical sleep researcher and now works primarily as a forensic sleep specialist, says that sleep talking has occasionally been allowed as evidence in the past, but more recently it’s been thrown out of court. And that’s the way it should be, Pressman notes, because the science shows that sleep talking doesn’t measure up to the federal rules of evidence. “It becomes sort of hearsay evidence not admissible in court,” he says.

In 2018, Pressman co-authored an article critiquing the use of outdated and non-scientifically supported views on sleep talking in court cases. But from a scientific standpoint, even the most up-to-date studies on sleep talking are now getting old — most of the work was published before the 1980s. Barrett and others are slowly working to change that with more studies. In the meantime, it could be said that a new frontier has emerged: sleep talking with our eyes, where lucid dreamers answer questions using only their eye movements.