Who rejects right to abortion in cases of rape?

It’s basically impossible to avoid hearing about Todd Akin right now. My Twitter and Facebook feeds are kind of swamped. But it did make me wonder: what percentage of Americans reject abortion in cases of rape and incest? The GSS has a handy variable, ABRAPE, which asks respondents about the possibility of abortion if a woman gets pregnant as a result of rape (let’s stipulate that it’s possible to get pregnant as a result of rape!). I also limited the sample to the year 2000 and later, and non-Hispanic whites (to clear out confounds). Demographic breakdowns below…. 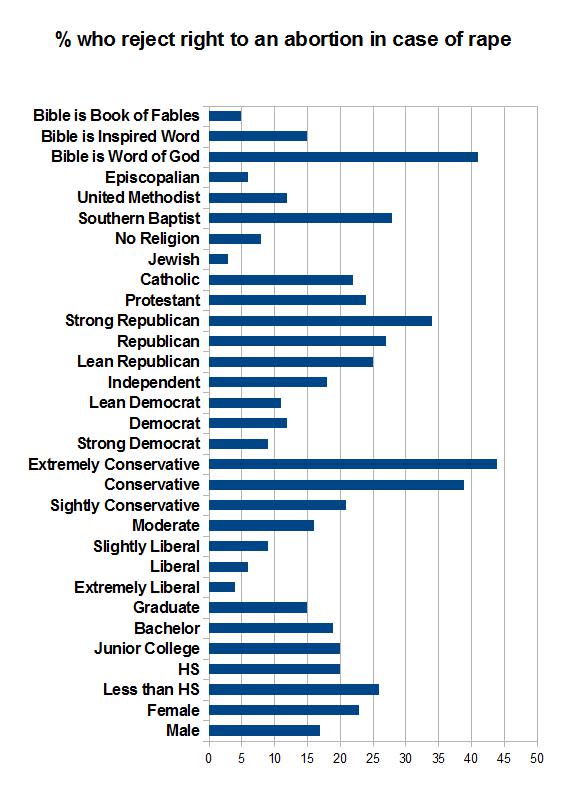