Who are the Cape Coloureds of South Africa? 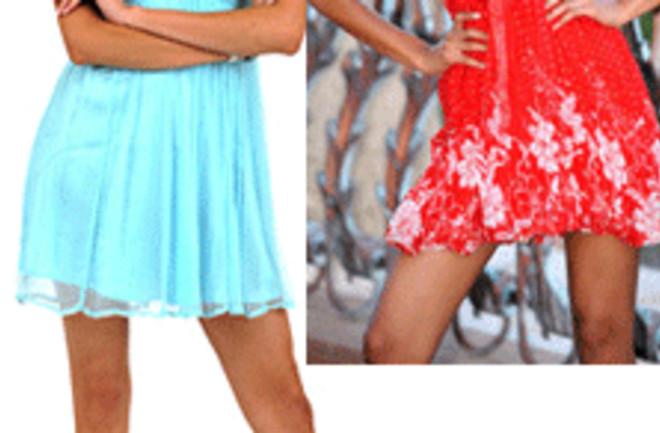 A little under 10% of South Africa’s population are Cape Coloureds. They speak Afrikaans and generally worship in Reformed Christian churches, but exhibit discernible non-European ancestry, in particular African ancestry. In the United States anyone who manifests African ancestry is coded as "black". Though hypodescent started out as a tool for maintaining white racial purity against colored taint, today it is accepted within black America as the social norm. Barack Obama has obvious mixed ancestry but he is accept as fully black racially by both black and white Americans. In South Africa someone who looked like Obama obviously would not be white, but, they might be Coloured, as this group exhibits a wide range of appearance, as is the norm among very mixed populations. In the course of research I stumbled upon the fact that the past two winners of Miss South Africa are Coloured, or at least likely Coloured as there is some ambiguity. Tansey Coetzee clearly has Coloured ancestry just by her surname, Coetzee, which is known among Afrikaners (note that Afrikaner surnames are not necessarily Dutch, as Huguenots and Germans were part of the original Cape Colony population). But Tansey Coetzee also has an Asian Indian mother (she offers this in interviews on YouTube). I assume in South Africa that someone who is Coloured + something else is most likely to self-identify as Coloured. The second Miss South Africa is Tatum Keshwar. Her identity is a bit more confused, as the surname has convinced many Indian publications that she’s Indian, while Coloureds are complaining that she is in fact a Coloured. Most people in the world who look like Tatum Keshwar are probably South Asian (there 1.3 billion South Asians, and a substantial minority of this is hundreds of millions), and her surname suggests that like Tansey Coetzee she has Indian ancestry. But listening to Tatum Keshwar on YouTube it sounds like she speaks English with an Afrikaans accent, strongly suggesting Coloured cultural background. She also refers to going on a modeling job to India (naturally, she looks like a lot of Indian models, so it would be a good fit), but she doesn’t talk about India like a “Non-resident Indian” might from what I can tell, alluding to how “exotic” it is and not mentioning any family connection. In most of the world someone who looked like Tatum Keshwar and had her name would be Indian. But not necessarily in South Africa. I wanted to note ambiguities in Keshwar and Coetzee’s ancestry because genetics can now supplement what we know about the Cape Coloureds.

History tells us that the Cape Coloureds are the result of unions between Europeans, mostly men, and colored women of various races. The most prominent of these are the indigenous peoples of the Cape, the Khoisan, who were the natives of South Africa before whites and Bantu Africans pushed in from the south and north respectively. The Bushmen are the most famous Khoisan, though there are several other groups, and likely were many more before they were absorbed into the Coloured population. Though genetically related to other Africans these populations have their own history, and some of the Cape Coloureds reflect the distinctive features of the Khoisan. Additionally the Muslim Cape Malays attest to the presence of Asian slaves and settlers (the latter were exiles and political dissidents relocated by the Dutch). But how much of the ancestry of the Cape Coloured is Asian? Because of similarities to Afrikaner culture (in the Western Cape whites and Coloureds have a tendency to vote together politically, and some Afrikaners of less racialist bent are attempting to create a common identity whereby the Coloureds and white Afrikaners view each other as part of one people with a shared history) and aspects of their appearance Cape Coloured European ancestry is undisputed. The distinctive features and the indigenous status of the Khoisan in the region where they are most numerous, the Cape, also results in an assumption of certain ancestry derived from this group. The Asians are the wild card. But the recent massive paper surveying African genetics, The Genetic Structure and History of Africans and African Americans, there is data on Cape Coloureds which is highly informative.

This is from figure 6 of the above paper. K = 14 using the Structure software to break apart ancestry by K number of ancestral populations. The African American populations on the right are rather straightforward, the orange corresponds mostly to African ancestry, the magenta + blue to European. Black Americans are about 80% African and 20% European, so the ratios make sense. The Cape Coloureds on the other hand present a more complex picture. To understand this we need to look at a wider range of populations. Below is a figure I generated by slicing and dicing a set of populations from another part of figure 6 which have particular relevance to illuminating the ancestry of the Cape Coloureds. I’ve circled the Cape Coloureds (they’re labeled as “Mixed Ancestry” seventh from the top) for clarity. The left column represents the average proportion of ancestry for the whole population from the set of K ancestral groups, while to the right you see the variance within the population from individual to individual as they vary in ancestral quanta.

1) Though only some African populations are shown, because African populations are so diverse vis-a-vis non-Africans they have more “colors,” that is, they span more of the K ancestral populations. Non-Africans are to some extent simply subsets of Africans 2) Uyghurs the are result of an ancient admixture event (~2,000 years B.P.) and now have little within population structure. In contrast both Cape Coloureds and African Americans are byproducts of much more recent admixture events, on the order of 200-300 years at most (generally less), and so manifest far more within population variance in ancestral quanta. 3) The magenta and blue ancestral populations combine to span almost all West Eurasian groups, what in older physical anthropology would be termed “Caucasoid.” The magenta is more Indian, while the blue is more non-Indian (European + Middle Eastern). Some Middle Eastern groups seem to have recent African admixture. The group which does not, the Druze of Lebanon, stopped intermarrying with outsiders ~1,000 years ago. This was approximately the time that the African slave trade fostered gene flow from Sub-Saharan Africa to the Muslim world. There’s also a lot of variance in African ancestry in some of these Middle Eastern groups, further evidence of recency of inflow and its structure, as opposed to a deep time component of variation. The African ancestry in South Asia is generally associated with Muslim states, which employed slave soldiers just as Middle Eastern ones did, with the Makran coast and Sindh being under Islamic hegemony longer than any other part of the subcontinent. What can we say about the Cape Coloured? The Khoisan component of their ancestry is clear, as is their Bantu African proportion. Since both European and Indian populations have blue & magenta the key is to look at the ratio. It seems to me that there has to be significant Indian ancestry among the Cape Coloured, as the parental European populations from northern Europe don’t have enough of the putative ancestral population represented by magenta. Seeing as how many prominent early Afrikaners are known to have had Indian ancestry this should not be surprising. The pink component is almost certainly Southeast Asian, “Malay” is probably too anachronistic of a term, but the data here suggests that many of the Southeast Asian slaves lost their Muslim religion and were absorbed into the Christian Afrikaner Cape Coloured sector. The fact that such a significant Southeast Asian ancestral component is evident reinforces my contention that there is likely a large South Asian fraction of ancestry as well, as all of southern Asia was a possible source of forced labor (see the multiethnic character of Dutch Suriname as an example). Finally, the variance in ancestry among the Cape Coloureds looks to be quite high. Using the examples of Tansey Coetzee and Tatum Keshwar it is obvious how such variance could be maintained; the Cape Coloureds are still mixing with other populations, and strict legal apartheid was a relatively new feature of 20th century South Africa. Even if intermarriage between various groups was much more common in 18th century South Africa than in later periods it was likely a significant parameter before strict enforcement of laws against interracial marriage, which were only operative for only two generations. These data suggest that the Cape Coloureds have a very diverse and balanced ancestry. In particular, the proportion of European, Indian, Khoisan and Bantu ancestry averaged over the group seems at rough parity, while the Malay element is less significant, but not trivial. But among Coloureds there is a great deal of variance, with some individuals being disproportionately of one ancestral component. I believe that some, but not all, of the latter phenomenon is probably due to the fact that when Cape Coloureds intermarry with other groups the offspring often identify as Cape Coloured.