What Your Sense of Humor Says About Your Mental Health

According to researchers, which of these four humor styles you lean towards can act as a window into your psychological well-being. 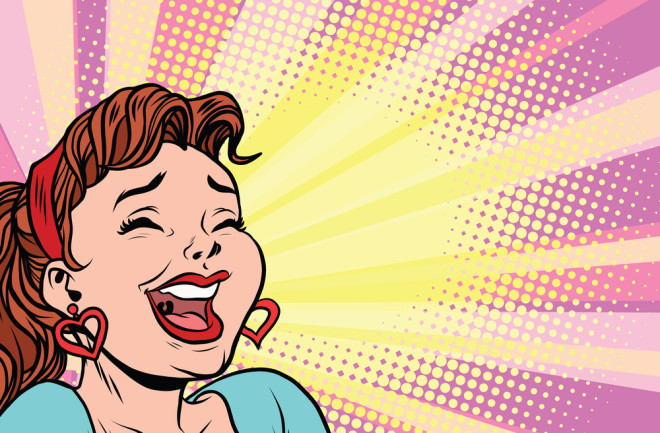 What makes you laugh the hardest? We’re talking side-splitting, spittle-spraying, I-can’t-breathe laughter here. For some people, hearing a friend wryly recount how they almost face-planted on the sidewalk might do it. Others might take a more antagonistic approach, preferring jokes that involve insulting someone else. Then there are just some things that almost anyone would find funny, like the recent viral mishap where a lawyer unwittingly appeared as a kitten during a virtual court proceeding.

You’ve likely heard the old adage that comedy is subjective: Different people find different things humorous. In recent decades, psychologists and other researchers have investigated various aspects of humor styles. A bulk of this research is focused on what our humor preferences might say about us as individuals — and particularly what they suggest about our mental health.

How Does Humor Help With Mental Health?

It’s well understood that humor can have powerful impacts on both our physical and mental health. The idea that laughter is the best medicine has been around since biblical times. In his 1905 book, Jokes and Their Relation to the Unconscious, Sigmund Freud argued that humor is the highest of the psyche's defense mechanisms, capable of turning anxiety into pleasure.

More recently, scientists have shown that positive humor can offer protection against symptoms of anxiety and depression. It can even be a balm against the psychological toll of death and dying.

Yet not all types of humor — and by extension, their effects on your well-being — are alike. In 2003, to better distinguish which types of humor promote mental wellness, and which forms may be actively harmful, psychologist Rod Martin and his colleagues developed the Humor Styles Questionnaire. The assessment gauges how people use humor in their daily lives, breaking it down into four distinct styles:

The Different Styles of Humor

Affiliative humor refers to jokes about things that might be considered universally funny. It's usually employed to facilitate relationships or make others laugh. If you've ever shared a ridiculous meme with a coworker or bantered among your friends, you've used affiliative humor.

Self-enhancing humor involves being able to laugh at yourself and life's absurdities. It's often used as a way to cope with stress or hardship and feel better as a result. Good-naturedly recounting that time you spilled red wine all over the tablecloth at a fancy dinner would certainly apply.

Aggressive humor is, well, laughing at the expense of others. It often involves sarcasm, teasing, ridicule and criticism. Think insult comedians like Jeff Ross or the late Don Rickles (known for roasting Frank Sinatra and other celebrities on TV).

Self-defeating humor is the art of putting yourself down to gain approval from your peers. In other words, making yourself the butt of the joke. For example, this type of humor might be used by someone who's targeted by bullies — effectively pre-empting the mockery of themselves before it's inflicted by someone else.

Your unique sense of humor is likely a blend of these four styles, but many people tend to lean in a particular direction. (You can even see for yourself which type you gravitate toward.) And each style carries its own advantages, and disadvantages, when it comes to mental health.

Read more: Nostalgia and Thinking About the Future Can Be Good For You

Julie Aitken Schermer, a psychological researcher at The University of Western Ontario, says that humor that is self-focused, adaptive and positive — otherwise known as self-enhancing — can be a particular psychological boon. “People who engage in that type of humor can cheer themselves up by thinking about positive or funny events [and] experiences,” she says. Beyond that, people who use self-enhancing humor are less likely to show signs of depression, loneliness and poor relationships with others.

By contrast, both aggressive and self-defeating humor styles can signal trouble. “We find that those individuals are more likely to self-harm,” says Schermer. "Personally, I would argue that self-defeating humor is the most concerning style as it is also linked with loneliness and feelings of not mattering." Those with an aggressive humor style may not experience loneliness as much, however, since they rely on group dynamics in order to ridicule their peers.

Humor Styles: Learning to Laugh at Yourself

Although having a sense of humor is no rocket science, how we use it may help us see mental health through a different lens.

And even if you tend to favor humor styles that skew more negatively, there's no reason to despair. Schermer says that people can work to cultivate a positive, self-enhancing humor style — first, by simply learning about it. Then, you might consider how you think about events in your own life. If you replay an event over and over in your mind, do you focus on negative elements and ruminate, or do you recall the funny aspects of the situation?

Schermer suggests trying to concentrate on the lighter and more humorous aspects of your life to develop self-enhancing humor. "The individual needs to be aware of and avoid concentrating on putting themselves down in the situation that they are recalling," she says.

Or, as author Kurt Vonnegut once wrote, "Laughter and tears are both responses to frustration and exhaustion. I myself prefer to laugh, since there is less cleaning up to do afterward.”