What Science Says About Why You're Stressed and How to Cope 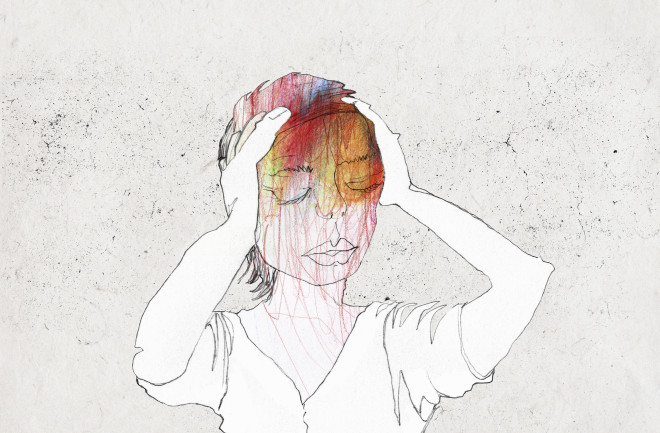 Whether animal, vegetable, mineral or machine, everything experiences stress — broadly defined as challenges to equilibrium, a balanced state of being.

In biology, stress is the body’s response to perceived threats to our physical or mental well-being. Moderate amounts are healthy and normal. But too much — or too little — causes problems. Chronic stress is linked to cardiovascular disease, anxiety and depression. Stress associated with extreme events such as combat can lead to post-traumatic stress disorder (PTSD). Symptoms of PTSD, which affects over 7 million Americans, include flashbacks and hypervigilance long after a trauma. Meanwhile, recent studies show that people who underreact to stress are more likely to have impulsive behavior and substance addiction.

A 1936 Nature paper launched the field of stress research. In the study, physician Hans Seyle — later called the father of stress — subjected rats to cold, drugs, excessive exercise and other assaults. Whatever the stimuli, the rats exhibited similar physiological effects.

Now understood as the stress response, this set of bodily changes is an adaptation that allows animals to focus their energy on survival and forgo other matters such as growth or reproduction. It’s initiated when the brain detects a potential threat and launches a cascade of hormones, including adrenaline and cortisol, that affects the endocrine, nervous and immune systems.

There are a lot of coping strategies that relieve negative feelings associated with stress. Some — such as meditation, journaling, therapy and medication — are recommended; others — denial, overeating, alcohol — are not. Alternatively, some strategies remove the stressor. For instance, a couple in a toxic relationship may sever ties, or someone overwhelmed by to-dos could improve time management skills. The best approach depends on the person and their circumstances.

For healthy individuals with everyday challenges, simple changes can help. Nearly 30 studies with a total of more than 2,500 participants found stress and anxiety were reduced thanks to mindfulness programs that taught people to live in the present, without judgment. Similarly, a 2017 review of 42 studies in Psychoneuroendocrinology concluded that yoga improves measures of a healthy stress response, including blood pressure, resting heart rate and cortisol levels.

Ancient organisms likely evolved the stress response to better escape from predators. But today’s triggers include traffic, deadlines and first dates. According to a 2018 American Psychological Association survey of more than 3,000 respondents, the top stressors are work, money, the economy and health.

Although everyone faces stress, people react to it differently. “There’s the situation, how we evaluate the situation, and then our skills at handling the situation,” says psychologist William Lovallo of the University of Oklahoma. Previous experiences help us gauge appropriate responses, so most people improve with age. “A high school student or a college student might not have those coping skills and might let a situation get out of hand,” he adds.

Most adults have normal stress responses, calibrated to give the right burst of hormones and bodily changes for a particular stressor. But others consistently over- or underreact, which may be a warning sign for physical or mental disorders. To study this, scientists often monitor cortisol or heart rate fluctuations throughout the day and during trying tasks.

In some cases, the intensity of these responses seems to be set from a young age. Studies have shown that people who experienced childhood hardships — including physical punishment, an unstable home and sexual abuse — are more likely to have muted stress reactions as adults. For example, as part of a study published in 2012, Lovallo exposed 354 participants to moderate stress. People who self-reported early-life adversity actually had lower heart rates and cortisol levels than other participants. While the study tasks were inconsequential, the individuals’ underreactions suggest their stress response may also have trouble revving up when it really matters, which can be just as unhealthy as an excessive response. Other research has found links between childhood strife, abnormally low adult stress and substance abuse. Though the biology is not fully understood, it’s suggested that early-life neglect or trauma desensitizes the body’s stress pathways.

Even before birth, a child can inherit parental stress, either through hormones the developing fetus takes in or chemical modifications to the egg or sperm. The phenomenon is well-demonstrated in rats and mice, and some papers have shown the same association in humans. For instance, adult children of Holocaust survivors and babies born to mothers experiencing PTSD from the 9/11 attacks all had low cortisol levels.

How Our Bodies React to Stress

When a stressor occurs, the amygdala region perceives the threat and sends a distress signal to the hypothalamus, which acts like a command center. It kicks off a stream of hormones along two pathways: the sympathomedullary (SAM) and the hypothalamic pituitary adrenal (HPA) axis.

As with people, excess stress can cause pathological disorders in animals — even pampered pets. In a recent survey of over 4,000 dog owners, stress symptoms were reported in almost half the canines. “It’s the most common reason for dogs to act out,” explains study leader Nicholas Dodman, a veterinary behaviorist at the Center for Canine Behavior Studies in Salisbury, Connecticut.

Canines show stress overtly — whimpering, quivering, escape attempts — and internally through increases in blood pressure, heart rate and cortisol levels. The symptoms may be acute, triggered by particular events like vet visits, and alleviated afterward. But other causes are more pernicious. Some dogs, for example, experience separation anxiety when left home alone. While roughly 15 percent make their distress known with howls, torn-up sofas and accidents, studies using hidden cameras and hormone monitoring suggest many more are afflicted. “They just shrink into themselves and kind of enter a state almost bordering on depression that lasts as long as the separation,” says Dodman.

Zoo animals can experience stress, too. Although they’re well-fed and safe from predators, captivity can cause chronic stress that negatively impacts growth, immunity and reproduction. And many perform seemingly pointless, repetitive actions that sometimes result in self-harm. For example, walruses rub their tusks against concrete pool edges, parrots pluck out feathers, and bears pace compulsively. The behaviors exaggerate what animals would do in nature, including hunting and roaming over vast territories. Analyzing

23 species, a 2016 Animal Behavior paper showed the farther wild carnivores travel on a daily basis, the more time their captive counterparts — “in an unnatural situation of confinement and stress and boredom,” says Dodman — spent performing these potentially harmful behaviors.

Physicists and engineers often define stress as force acting on a certain area. Too much makes an object budge, bend or break. The result could be as trivial as a snapped pencil or as catastrophic as a bridge collapse.

Directly observing stress is tricky — in most cases, researchers end up measuring it in the aftermath.

But we’d prefer to know how much stress a structure can withstand before it succumbs to it — or is even built. Zoomed out, things may seem stable, while at a finer scale there are “all these places where stresses are accumulating,” says Emanuela Del Gado, a physicist at Georgetown University. It’s “a magic combination of stresses acting in different directions that cancel each other.” But when an outside force comes along, say a strong wind or heavy load, “that magic combination can be lost,” she says, and the structure will fail. To prevent this, Del Gado and others study how materials handle stress using computer simulations and mathematical models.

Fatigue refers to weakening due to moderate stresses applied again and again. A fatigued material will develop microscopic cracks and eventually break completely. Bone stress fractures, common in athletes, form in this way.

Hot water makes a cold glass crack or even shatter due to thermally induced stress, forces exerted by changing temperature. The cup’s interior warms up and expands faster than the exterior. With no room to grow, the glass cracks along pre-existing defects.

Temperature also affects strength — the ability to withstand stress — a point made tragically clear by the World Trade Center collapse. The 110-story towers should have withstood an airplane collision. But according to a 2002 paper in the Journal of Engineering Mechanics, the explosion and subsequent fire heated the support columns to more than 1,400 degrees Fahrenheit, causing them to lose the strength to support upper floors.

Stretch a plastic bag between two polarizers — screens that filter light waves in one direction. You’ll see trippy bands of color following stresses across the baggie. This so-called photoelastic effect, exhibited by transparent polymers and glasses, was once used to test the integrity of structures. Before computer simulations did the trick, engineers built miniature models with photoelastic materials, subjected them to forces and observed the stress colorscape.

Physicists and engineers distinguish between several varieties of mechanical stress.