What Neuroscience Has to Say About Gap's Logo Disaster 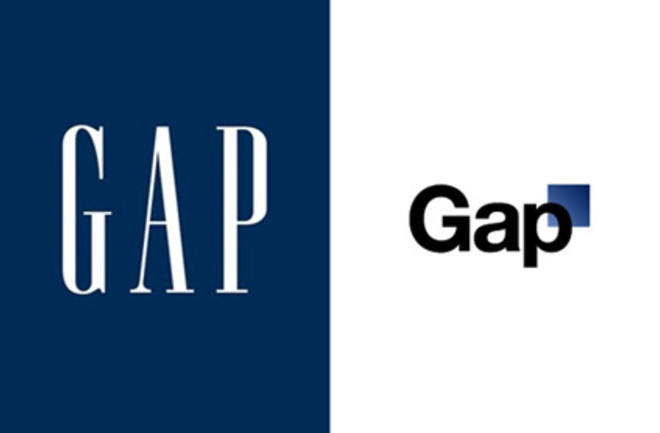 The abysmal flop of the Gap logo redesign has prompted a flurry of critique from marketing experts, branding consultants, as well as the inner critic in each of us that wants to explain what, exactly, went so wrong. Now another group is chiming in: neuroscientists. NeuroFocus, one of the leading neuromarketing firms in the country, just released an analysis of why our deep subconscious rejected the Gap logo with such finality. Here are some of their findings: 1. When words overlap with images, as in the unsuccessful Gap logo, our brain tends to bypass the word and focus on the image. So we ignore the “p” when it’s placed over the blue box (for the Gap name, that’s a big fail). 2. We’re hardwired to avoid sharp edges because in nature they represent a threat. The sharp edge of the box cutting into the curved “p” is unappealing for that reason. 3. Being a little funky appeals to the brain. The original Gap typeface was unusual enough to stand out from the crowd. The new one, on the other hand, is boring old Helvetica (which really is taking over the world). 4. The brain loves high contrast. In the original logo, white letters “pop” against a dark blue background. In the new logo, the blue box weakens the black/white contrast. Cool, huh? I guess… although neuromarketing is a fledgling science–some would even hesitate to call it a science–and graphic designers could have told you the same thing all along (without all that fancy brain equipment). Point number 1 says image and color are supreme. Number 2 says shape and proximity are key. Number 3 says be unique and number 4 says contrast, contrast, contrast. The Nike, Lacoste, and FedEx logos are all great examples of these rules in action. The importance of color, shape, proportion, simplicity, contrast, and uniqueness are some of the foundational principles of graphic design, and clearly the new Gap logo violated many of them. For the designers who want it, they now have some neuroscience to back them up. But I’m not sure they ever really needed it.

Related Content: Discoblog: National Pork Board to Unicorn Meat Purveyor: Lay Off Our Slogan Discoblog: Advertising Fail: CEO Who Publicized His SSN Gets His Identity Stolen Discoblog: NCBI ROFL: Times New Roman may be funnier than Arial, but why does Comic Sans make me want to kill myself? Discoblog: We’re Beyond Product Placement: Here’s “Behavior Placement”Image: Wikimedia Commons

More From Discover
Health
This is Your Brain Off Alcohol
Health
Is Crying Good For You?
Health
The Different Diseases Behind Language Impairment
The Sciences
What is Prosopagnosia Or Face Blindness?
Mind
Evaluating the Savant Skills That Can Come With Autism
Mind
Having Dreams About the Same Person? Here’s Why
Recommendations From Our Store
My Science ShopDiscover STEM Kits
My Science ShopDiscover 2022 Calendar
My Science ShopStrange Science
My Science ShopElements Flashcards
Shop Now
Stay Curious
Join
Our List