In a thought-provoking new paper called What are neural correlates neural correlates of?, NYU sociologist Gabriel Abend argues that neuroscientists need to pay more attention to philosophy, social science, and the humanities. 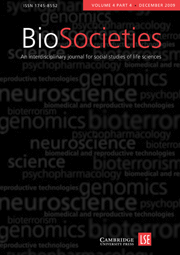 Abend's main argument is that if we are to study the neural correlates or neural basis of a certain phenomenon, we must first define that phenomenon and know how to identify instances of it. Sometimes, this identification is straightforward: in a study of brain responses to the taste of sugar, say, there is little room for confusion because we all agree what sugar is. However, if a neuroscientist wants to study the neural correlates of, say, love, they will need to decide what love is, and this is something that philosophers and others have been debating for a long time. Abend argues that cognitive neuroscientists "cannot avoid taking sides in philosophical and social science controversies" in studying phenomena, such as love or morality, which have no neutral, universally accepted definition. In choosing a particular set of stimuli in order to experimentally evoke something, neuroscientists are aligning themselves with a certain theory of what that thing is. For example, the field of "moral neuroscience" makes heavy use of a family of hypothetical dilemmas called trolley problems. The classic trolley problem asks us to choose between allowing a runaway trolley to hit and kill five people, or throwing one person in front of the trolley, killing them but saving the other five. The trouble is that not all moral philosophers and ethical traditions would agree that the trolley problem is a meaningful moral issue. If it isn't, then the neuroscience of trolley problems has little to do with the neuroscience of morality. Abend's point is that if we say we are doing 'moral neuroscience' using the trolley problem, we're commiting ourselves to the claim that trolley problems are a meaningful kind of moral dilemma, a claim that is essentially and inescapably philosophical, rather than scientific. Therefore, Abend says, neuroscientists should engage with "the people who have most extensively and seriously thought about" the conceptual foundations of the topic they are studying: which might include philosophers, social scientists, historians, theologians, or others as the case may be. In my view this is an important paper, although its importance is more in the questions it raises than in the answers it provides. Neuroscientists looking for guidance as to how to carry out their research won't find any prescriptions here. Instead, they will find a reminder of the need to think about what they are doing. I asked Gabriel Abend what prompted him to write this paper. He replied that:

At first I focused on moral neuroscience, on which I wrote two papers: “Thick Concepts and the Moral Brain” (2011) and “What the Science of Morality Doesn’t Say about Morality” (2013). These papers made the following argument. While neuroscientists advance claims and theories about morality, their research is mostly about a particular kind of moral judgment. But this is a small and peculiar sample of moral stuff. There are many things that are moral, yet not moral judgments. There are also many things that are moral judgments, yet not of that particular kind. Hence, instead of new scientific theories about morality, we’re getting new scientific theories about a peculiar object. Why should that be so? This led me to delve into the neuroscience of other social-psychological phenomena whose conceptualization and operationalization can be tricky. As a sociologist, I’ve often confronted this sort of problem in my own research: what counts as X and how to tell X from non-X. So I wanted to find out how it’s dealt with in neuroscience.