War Has Deep Roots in Human Nature, But It's Not Inevitable 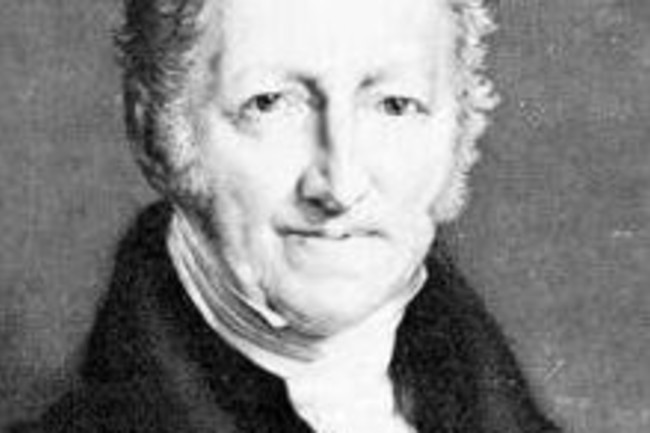 authored a piece with the provocative title, "Is War Inevitable?

" Derived from his recent book The Social Conquest of Earth

, the narrative has a rather simple answer to the question implied in the title:

war is inevitable, because it is part of human nature, and, perhaps more provocatively, it shaped human nature.

John Horgan, who recently penned The End of War

, rebuts Wilson's argument in a point-by-point fashion in a companion article, "No, War Is Not Inevitable

." I find myself in a curious position: I agree with John Horgan in terms of the conclusion---that war is not inevitable---but not for the same reasons. While Horgan is right that Wilson relies on a particular, controversial group of ethologists to make the assertion that chimps have frequent inter-group conflicts and humans have always had wars, so Horgan leans upon his own preferred group of scholars

to make the opposite points. But both of them, I think, miss the crucial part of the answer: the tricky interplay between nature and nurture. 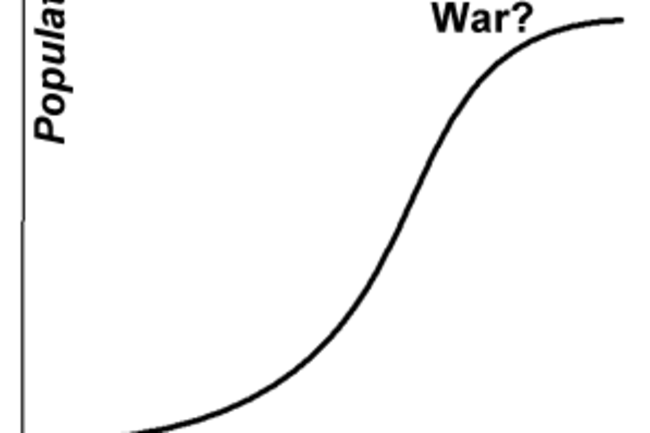 With a strong background in ecology, Wilson assumes a Malthusian paradigm

when it comes to human numbers and human resources. In other words, we are subject to a carrying capacity. When there is a surplus of resources population size increase, and "catches up" to the resource base. After a time an equilibrium develops between population and resources. How? The reality is that for solid evolutionary reasons, individuals do not reduce their own reproductive output altruistically. Rather, the population "self-regulates." In the jargon there is "intra-species competition," as individuals and groups scramble for finite resources. (There are also, of course, inter-species factors, like predator, prey, and parasites.) The losers die, while the winners reproduce. Each generation is witness to conflicts which check the population and maintain the equilibrium. Most people know that in a human context such ideas are attributed to Thomas Malthus

, but in a biological sense this model is widely held as the default nature of things: Natural populations engage in self-regulation through conflict and resource exhaustion. Anyone with a robust biological background would expect that inter-group conflict would emerge as the result of the iron laws of reproduction and finite resources. In that light, Wilson's Manthusian assumption seems justified. But today we know Thomas Malthus was wrong. How so? You might be tempted to argue that innovation generated such economic productivity that we escaped the Malthusian trap. This is the smaller part of the answer. Malthus himself lived in an England where productivity and wealth was increasing, but poverty continued due to increased population growth. After all, what happens when productivity and wealth increase? People have more children, who then divide the larger pie by larger numbers. This is the pattern of our species. But actually you know that this is not what happened! The demographic transition

occurred, which Malthus, and every other individual alive before 1850, could not have anticipated. The population did not grow proportionate to economic productivity. Rather, family size shrank, while economic productivity continued to increase! And voila, the Malthusian nightmare is averted due to an unexpected sociological phenomenon. What does this have to do with war? Wilson is correct that war has been ubiquitous across recorded history, and I agree with his argument that inter-group conflict has deep evolutionary roots in our species. But there are two issues here. First, just because something has deep evolutionary roots does not necessarily mean that it is genetically encoded. Rather, the personality traits and dispositions are inherited, and these are the basic raw materials that lead to warlike tendencies. Second, these traits and dispositions can be easily, almost inevitably, evoked given the proper environmental context. This last clause is critical: alter the environmental context, and you may alter the expression of a given phenomenon. Pestilence, war, and famine are as old as human history. Slavery has been ubiquitous across human societies. And yet today in the developed world we have escaped many of these inevitable and eternal ills. How? Through changed environmental conditions. E. O. Wilson knows general ecological theory, but he, like many biologists, neglects applied human ecology: economics. Is it any coincidence that the quixotic quest to abolish slavery took fire in Western Europe late in the 18th century, just as those societies were on the precipice of massive economic growth and social change? John Horgan argues that war is a "cultural innovation, an especially vicious, persistent meme, which culture can help us transcend." In the broadest sense, there is truth to this, but I think it is more accurate to characterize war as a cultural phenomenon that bubbles up from the genuine innate depth of human nature, given particular environmental conditions. It is not an innovation of human ingenuity, it is an evocation of human instinct. But to say that war is inevitable is to say that poverty is inevitable. Perhaps in the long run, the socioeconomic context will change back, and humans will once again fall prey to Malthusian population limits and our innate war-like tendencies. But at least in our present age, these curses of the past have been broken, and it is not vain to struggle so that we will be free from them for many generations longer.