WALL-E’s Right Again: There Is a Lot of Crud Up There 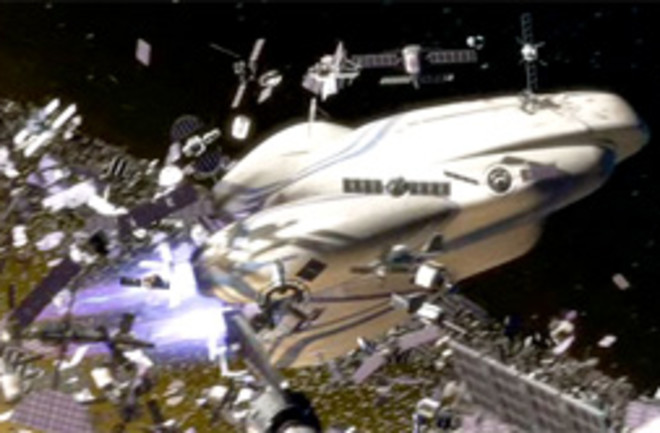 In Pixar's robot love story WALL-E, the Earth is surrounded by a dense field of orbiting junk. (Incidentally, you know you're a geek when you're the only one laughing in the cinema because you recognise one of the satellites that WALL-E has to brush out of his way as Sputnik 1.) But while things today aren't quite as bad as depicted in WALL-E, space debris is still a big problem, as can be seen on a real plot from NASA of the junk orbiting overhead.

Dead satellites, exhausted booster stages, metal fragments--even tools dropped by astronauts--and more all contribute to the cloud of potentially deadly debris. The problem is that in orbit, objects are moving around 4.5 miles per second, which means even the smallest item can pack a tremendous wallop if a spaceship collides with it—a space shuttle once wound up with a half-inch ding in one of its super-strong windows because of a collision with a paint chip an eighth of an ince across. To tackle the problem, rockets and satellites are now being designed to shed less material when seperating stages and the like, and satellites will be deliberately made to burn up in the atmosphere once their useful life is ended. This will stop the overall number of pieces of debris increasing, and friction from the very tenuous atmosphere that exists in low Earth orbit will slowly cause the orbits of the exisitng fragments to decay. In the meantime, better monitoring of our cosmic garbage patch is required to make sure anything important--such as the International Space Station--has plently of warning in case there is anything on a collision course.